Morris Minor’s were produced in Britain from 1948 to 1974, as an economy vehicle. There were several versions, saloons, convertibles, an estate with wooden trims and functional little trucks. More than a million and a half were built and they still have huge following. There is an owners club with events and rallies all over the country. I captured this one with my phone camera on Exmouth sea front last night, it was lovely, a real treasure from the days when car engines were simplicity, not a gadget to be seen. 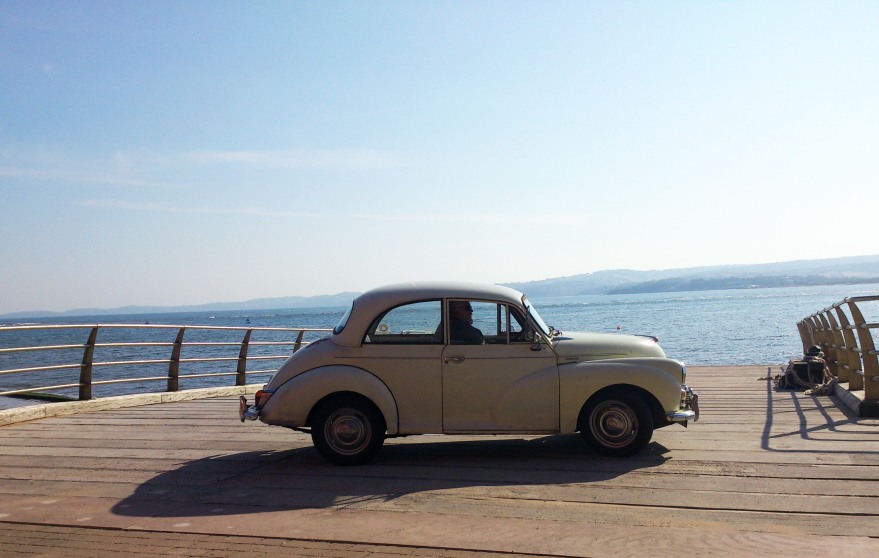 This post is for Ailsa’s Travel theme, join in at  http://wheresmybackpack.com/2013/07/12/travel-theme-simplicity/