I’ve created a new emoji, I know, I know, mad as a box of frogs!

But I don’t know if it’s possible to up load one to WordPress.
If this works, it’s for Patti’s Lens Artist Photo Challenge and this weeks theme is ‘Just for fun’.

Little did I know that when I touched down in the UK after a lovely flight, that it would take three times as long to get home as it did to fly in from France.We arrived bang on time, picked up my car and left the airport at 11pm. Half and hour later on the southbound motorway, my car was making strange noises. My friend asked if my tyres were okay, she’s considerably more practical than I am, most people on this planet are. So I had no idea. She said we should probably stop at the next services a few miles ahead. Two minutes later she said we need to stop NOW.

I pulled onto the hard shoulder and we saw that my car had a puncture. So it was cold, drizzling and very dark. Most of the traffic was huge lorries driving at crazy speeds and we were stood in a ditch, behind the barrier with cold, sandaled feet hoping my tiny car didn’t get hit.

It took a while for me to remember who provided my breakdown cover, but luckily there was a good signal and once details were taken a very efficient Green Flag lady said someone would be with us as soon as possible.

Pretty soon I had a text letting me know the name of the technician and the registration number of his vehicle and that he would arrive by 1.44am. That was an hour and 20 minutes to wait!

I didn’t know they’d sent another text saying the technician would be there by 2.15, probably just as well, we were already pretty miserable by then, but singing nonsense songs to cheer ourselves up.

Normally on the motorway, we see police cars buzzing around hooping to catch speeding drivers, and the breakdown company had informed Highway the we were an ‘incident’. It would have been reassuring if one had nearby and stopped to check we were okay. No such luck, I bet there would have been if I was speeding though!

Lewis from Newport arrived just after 2.15. He’d driven around 70 miles and had us back on the road in half an hour, driving home on a compact spare tyre at  50 mph. I crashed into bed at 3.40 am.

Breaking down on a motorway late at night is most women’s worst nightmare isn’t it? But never mind, I’ll focus on the nice parts of the journey home from Marseille. 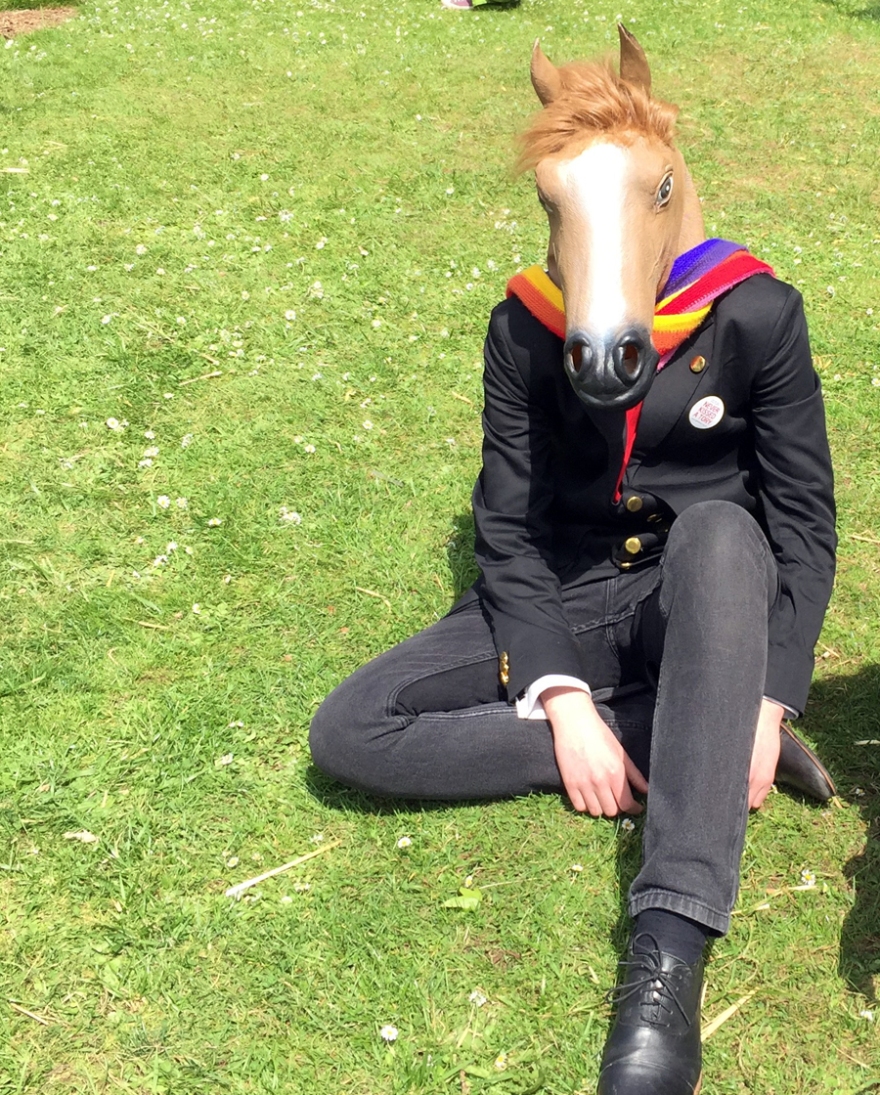 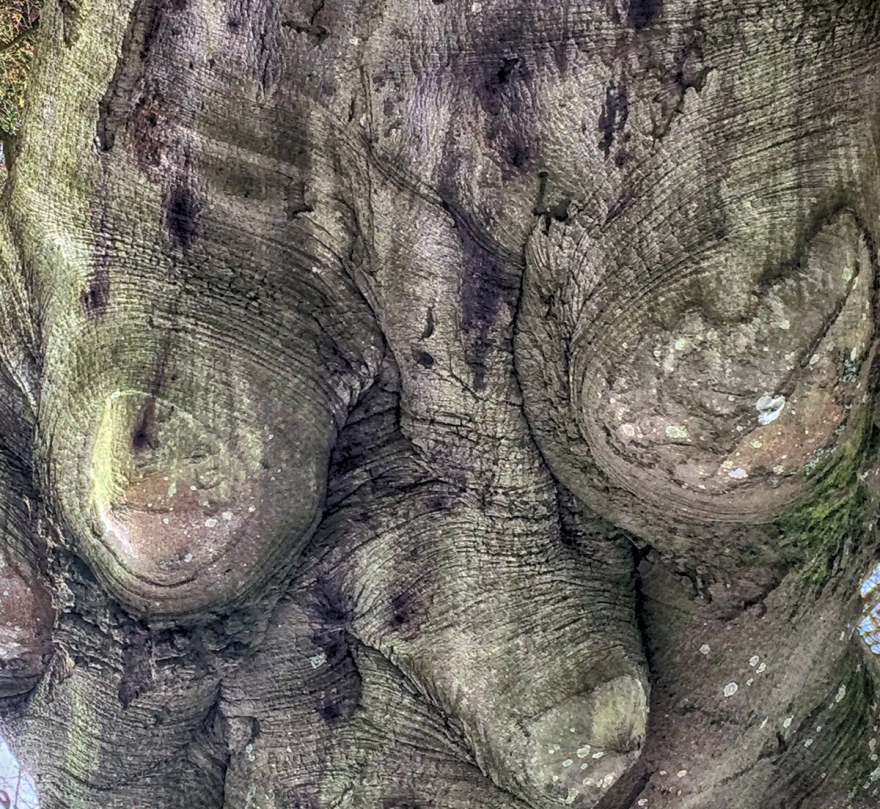 and then have a nice sit down! 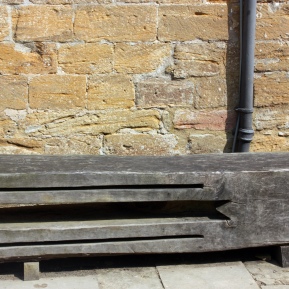 Gillian, no that doesn’t fit

But it’s what my mum named me

knew a Gillian with a certain style

to which she aspired

but I know she has her own

Gill, no way that’s me

there were too many Gills by far

for this G to add to the pile

and yet it stuck for a while.

Then along came Mr G

the first to call me Gilly ,

a fit that worked at last

that I began to feel belonged

not one in every road

and even if it rhymes with silly

with Nkeiru added to it

it’s mine and mine alone.

Write about your first name: Are you named after someone or something? Are there any stories or associations attached to it? If you had the choice, would you rename yourself?

I had a bit of fun with this, names are funny things aren’t they? I don’t think I could choose one for myself, I suppose we grow into our names? 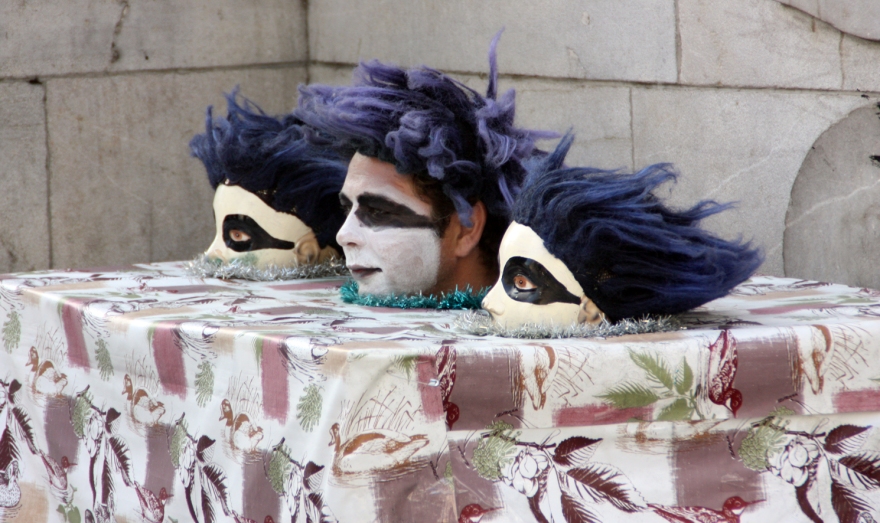 This was written in response to a prompt from a member of my writing group, Word Central. We meet twice a month and I’ve been going for a year now. I love it, everyone is friendly, good fun and encouraging with their feedback. Anne-Marie said ‘Write about the worst holiday you’ve ever had’. I’ve never actually had a bad holiday, but I wrote anyway. So with apologies to Madhu and my other followers on the Indian sub-continent, and my tongue quite a way into my cheek,

Have I ever had a bad holiday? No, only holidays during which I was sick, sick again and then sick some more. The most annoying of those holidays was the one where I completely missed the two days I had in the blue city of Jodhpur. Of course it was Jodhpur that make me sick with its spicy lime juice. Or perhaps it was the malady of enrapture, the one where I fell under India’s spell and briefly lost all common travel sense.

I’d survived the rigours of a night in the Thar Desert, where my friend was nearly paralysed by her camel, so I thought I was on the home run. It was enchanting to sit in an exotic courtyard, surrounded with moist greenery, after several days of scorching my nostrils every time I inhaled. Amazingly the mosquitos were kept at bay by the strategically placed candles, including the ones under the table, flickering dangerously close to the pants of my salwar kameez. The lilting sounds of unnamed instruments kept me entertained while the lime juice quenched my thirst, but if only I’d stuck with the lassi, I might have been saved. If only we hadn’t lingered so long on the road that afternoon we might have reached Jodhpur in time to see some of the promised blue.

I was woken from a blissful sleep a few hours later, my friend was ill and I rushed to help her. The emptying of her stomach seemed relentless. Half an hour later so did mine, and we were in danger of dehydration. We both slept and vomited, vomited and slept, through the whole of the next day, and every few hours our driver Muggan Singh would knock on our door, his face lined with concern that his two madams were so poorly. He arranged for us to move to a new, clean room, away from our infectious cave, supervising the hotel staff personally as they moved our every possession.

The next morning we were unable to travel on to Pushkar. On one of Muggan’s visits to bring us the bottled water that that was beginning to stay put, he brought some medication with him. The local cure was apparently Ayurvedic, small brown pills that had a vile smell and were very difficult to swallow. The western remedy we had ‘gone prepared’ with clearly didn’t work and I have faith in traditional medicine. Convinced that we had dysentery, we were desperate enough to get them down. Shortly after taking them we began to feel better.

We still didn’t manage to see any of Jodhpur. Teasing glimpses of Mehrangarh fort peered at us from its high perch, but spreading ourselves out in the four wheel drive vehicle, we had little energy to return its gaze. We had to let Jodhpur go, goodbye, maybe next time.

If we hadn’t had air conditioning that 120 miles would have seen us off. Neither of us wanted to have to use a squatter in some godforsaken roadside café, so we’d had as little water as we dared, and no breakfast. We couldn’t tell if poisoned belly or empty belly was making us feel so lousy.

After Jaisalmer, Pushkar was the place I most wanted to see, but we could only stumble around in a daze when we arrived. There were temples, there was without doubt a taking off of shoes and much to ooh and ah about, but I have little recall if so. We dutifully sat at a table in the Sunset cafe, admiring the sunset, pushing masala omelette around our plates, trying to digest Muggan’s announcement as well as our first solid food. We had to get up at 5am, he said. You need to climb Savitri Hill and be there for sunrise. To argue with Muggan was futile, besides we’d found that trusting his knowledge of Rajasthan made sense, he was a proud Rajput through and through.

He dropped us in the dark at the bottom of a hill, with handrails and a slope broken by a step every twelve feet. It didn’t seem too bad – to begin with. We took our time and there was no one to witness our walking like two very old ladies. At the top of Savitri is a very sacred temple and as the light began to come through, we saw a couple of very, very old ladies, with skin that looked like a mixture of leather and prunes that only elderly Indian women have. They namaste’d us as they sprinted by, we watched with loose jaws.

The path was no longer smooth and gentle, it was a rocky horror trail and any cool morning air had long since vanished. We sat on a low wall and stared back to our start point, then ahead to the temple. We were two thirds through the one mile climb and had no hope of making it to the top. We waited what we considered was a reasonable length of time to convince Muggan that we reached the top, actually that’s a lie, we sat there until we had the strength to move.

Muggan never did know our secret, we thanked him and said that the view from the top was incredible. Back in our hotel we slept for two hours, dysentery wasn’t far behind us after all.

So was Rajasthan the worst holiday I’ve ever had? Absolutely not, it was unforgettable. To have not been sick would have been better, but hey, shit happens. We did manage to extract from Muggan what the active ingredient was of the ayurvedic pills, it was cow dung.