Mount Etna is one of the most active volcanoes in the world and last year, just after my visit, it became a UNESCO World Heritage Site. As recently as last month it was putting on a pyrotechnic display, closing the nearby airport at Catania. All was calm when I was there. Travelling friend and I stayed in an hotel with a distant view – if you craned your neck a little on the balcony, and ignored the buildings in the way.
We went up twice, first of all independently and we couldn’t resist a guided tour a couple of days later.
Here are some photos taken at about 2000 metres, cool and grey with mile after mile of lava from various past eruptions. 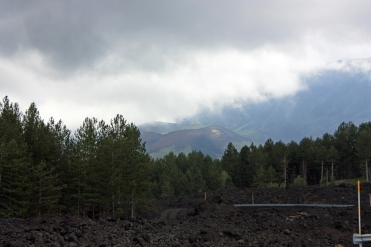 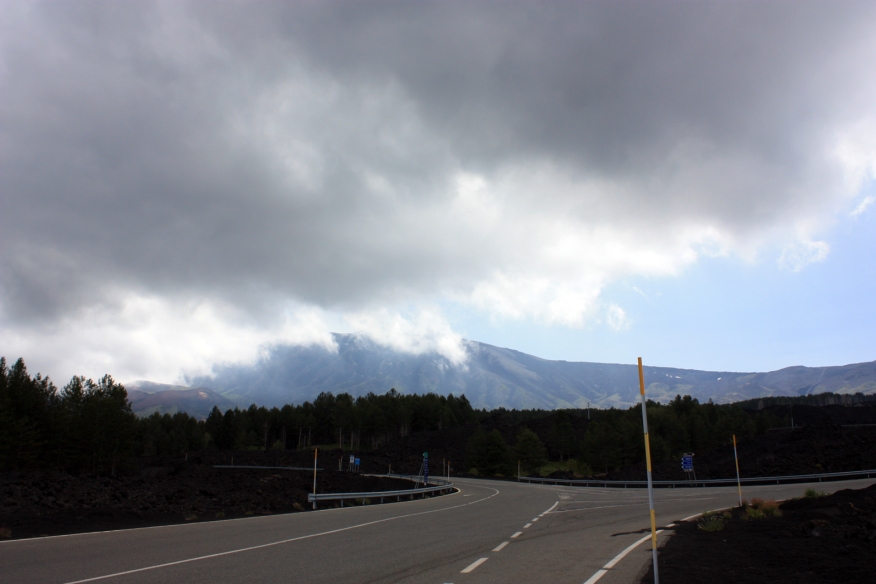 In June there were miles of empty roads, lots of stopping places for photos and an almost creepy stillness.
You quite quickly descend to sunshine and there the flora and fauna is pretty. 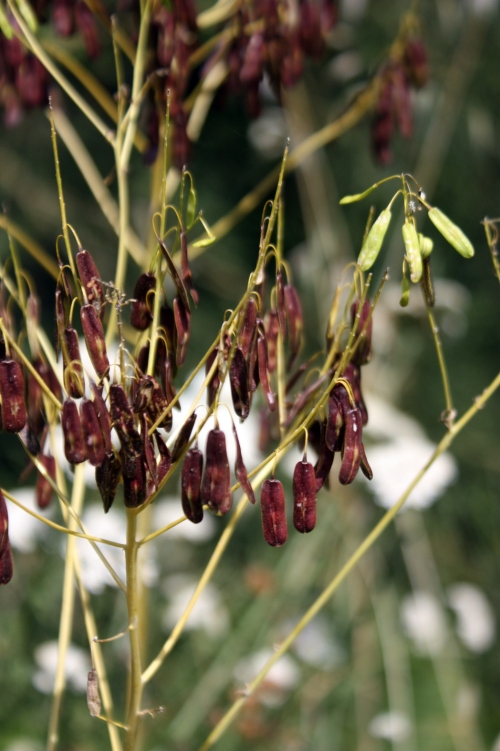 Etna can be seen from all over the east of Sicily and when you’re up there the views down are amazing. 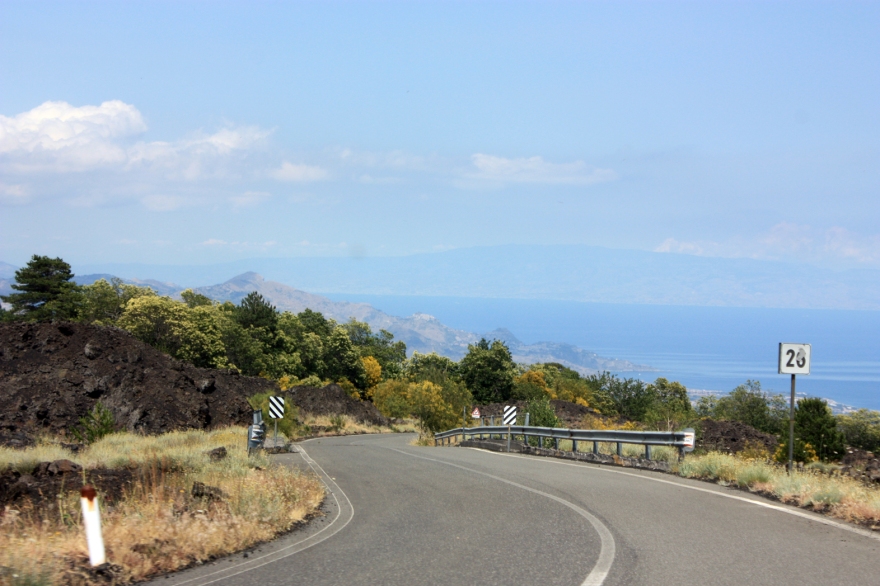 I enjoyed  looking back on my time on Etna, I’ll post some photos of the guided tour soon!