The Guildhall shopping centre in Exeter was created in a historic area right in the middle of the town in the 1970’s. Although there’s a lot of concrete, there are a few little gems ,like the tiny church of St Pancras, first recorded  in 1191 and the former Turk’s Head tavern building that’s at least 700 years old.

A mosaic was created, for the shopping centre at the turn of the millennium, by schools and community groups. Somewhere around a thousand 10 cm wooden squares were decorated and mounted in eleven lines on a shop wall. 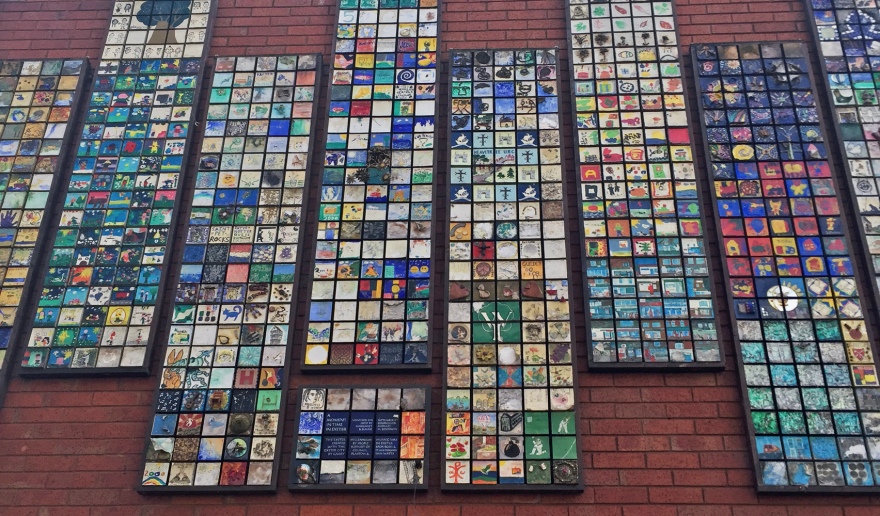 Wouldn’t it have been nice to be involved in something like that, and still see your square eighteen years later?

This is my post my the weekly photo challenge of lines.