It’s the last day for Paula’s black and white challenge of ‘Passage’, tomorrow there will be a new theme.

This was originally a very colourful image, bright yellow, orange and majorelle blue, but I didn’t notice the shadows until I monochromed it.

Thanks Paula, for making me think more about black and white photos!

Accor Hotels have a competition that invites bloggers to write about one of their favourite cities.   The idea is to show three reasons why you love it and the prize is three-night stay for two, in London, Paris and Amsterdam. They’re including transport by Eurostar and even spending money, doesn’t that sound wonderful?

One of my favourite cities is Marrakech, a passion that began way back in 1969 when Crosby, Stills and Nash released the track Marrakech Express. I was very young, but something in that song intrigued me, from then on Marrakech seemed like a very exotic destination, even though at the time I would have struggled to find it on a map.

A few years ago I finally made it and it didn’t disappoint one bit, in fact I loved it so much I returned for a second visit.  It’s difficult to narrow it down to just three things I love about it, but the first I’ve chosen is Les Jardins Majorelle. Originally created by the artist Jacques Majorelle, who devoted forty years developing it into a lush paradise. The intense ultramarine cobalt colour that he used abundantly through the garden, later came to be known as Majorelle blue. 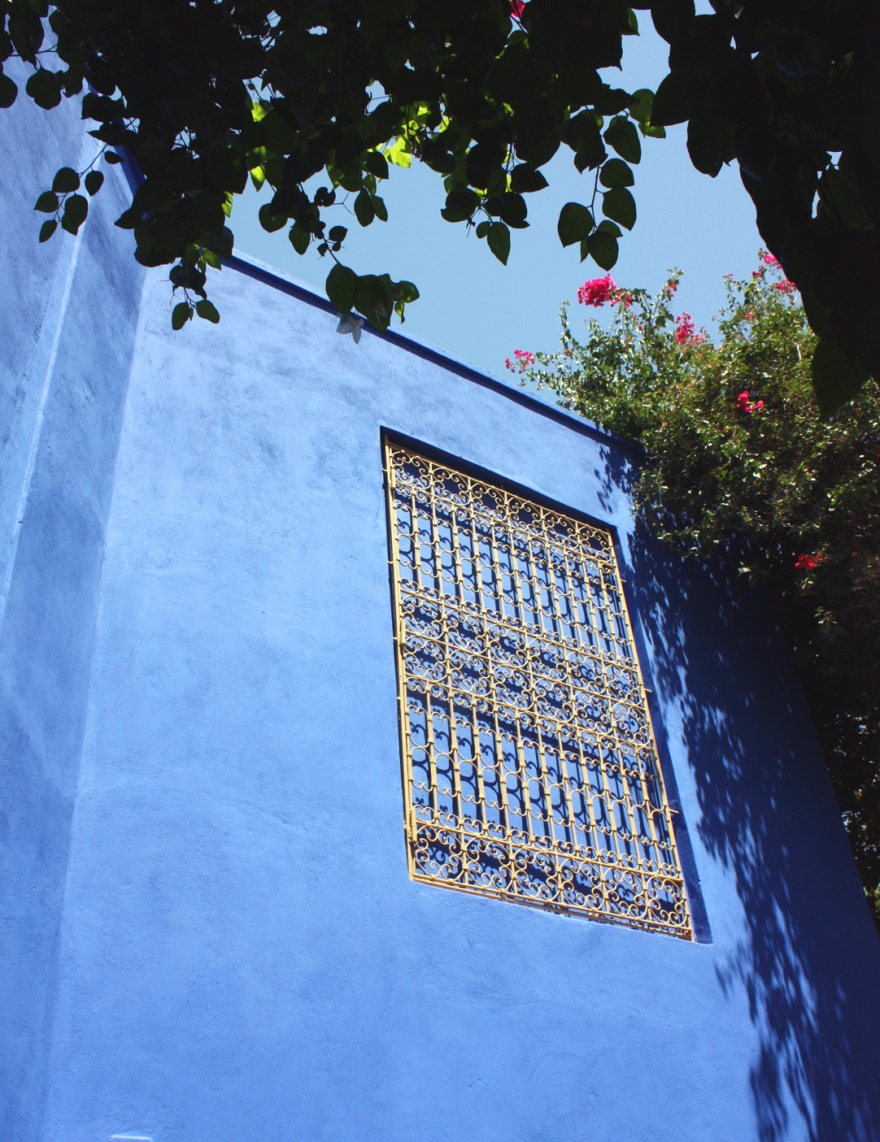 When Majorelle passed away, the garden became neglected and would have been destroyed and replaced by an hotel, had it not been for the vision of Yves Saint Laurent and Pierre Berge, who bought and began the restoration process.

There is now a memorial to Saint Laurent in the garden and  Berge gifted it to the Foundation Pierre Berge and Yves Saint Laurent. 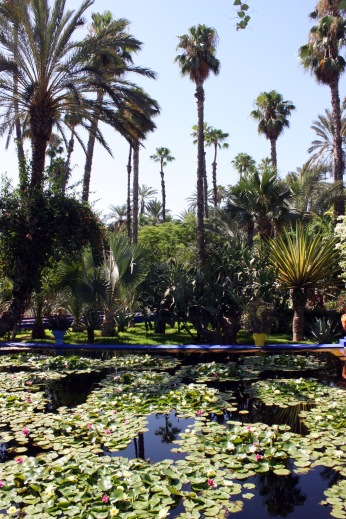 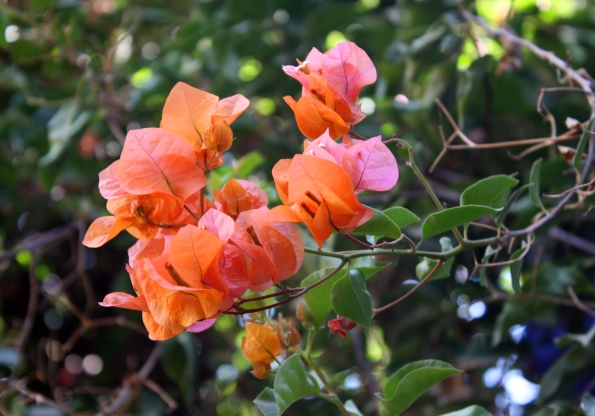 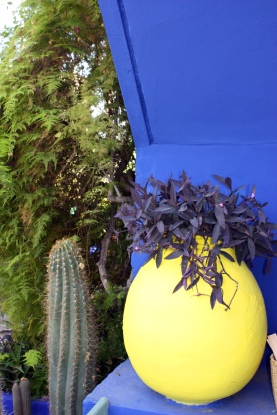 Bahia Palace – meaning ‘the beautiful’ was built in the 19th century by Grand Vizier Si Moussa. It has two acres of gardens and around 160 rooms, some of which are open to the public. The main attraction for me is the ornate tile work on floors, walls and ceilings. These are multicoloured Zellij mosaic, in Islamic, Andalucian and Moorish style, with green ceramic roof tiles. 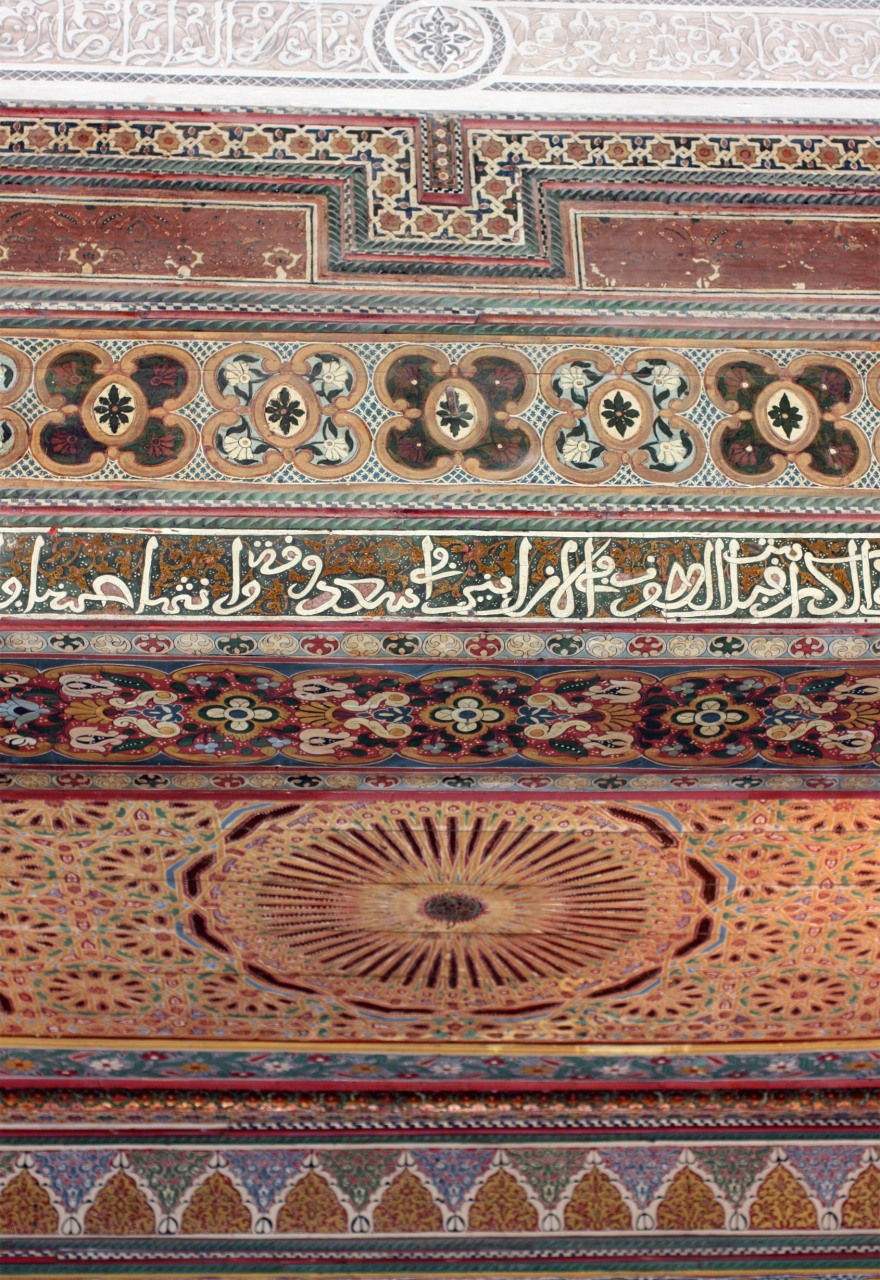 There is also some delicate stucco work that reminds me of the jail screens in Rajasthan – used in the womens quarters of major palaces as well as havelis. Naturally the Bahia once had a harem filled with concubines. 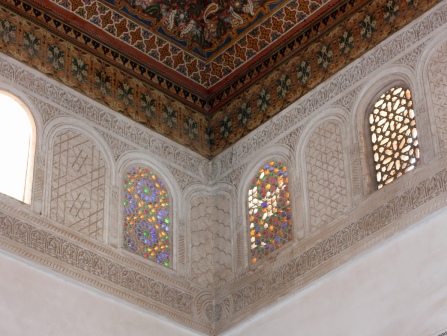 The palace can be found in the medina, next to the Jewish quarter and is open daily, unless there are royal visitors. It is one of the cheapest places to visit in Marrakech, about a pound, plus a small tip if you have a guide.
Last but not least on my list, is La Place Jemaa el Fna, a UNESCO world heritage site for ‘the Oral and Intangible Heritage of Humanity’. I think it’s a love it or hate it kind of place, that many would describe as crazy and impossible. By day the vast square is a sun trap, only copious quantities of the best and cheapest orange juice ever will keep you going. Luckily the stalls are everywhere, as are the caleches, ready to take you around the city for a negotiable fee.

As the sun begins to go down, if you want to take it easy, head for one of the roof terrace cafes, and sit back and enjoy the spectacle.

Every night, La Place is transformed into a huge open sea of eating places and it has to be tried at least once during your stay. The food is freshly cooked and the air quickly fills with smoke, but its tasty and authentic. Anything thing you want, and an awful lot of things you didn’t know you wanted, can be bought around the square and the souk. If you show any interest in an item they will do their utmost to get you to part with your money, but I found it to be good natured haggling. 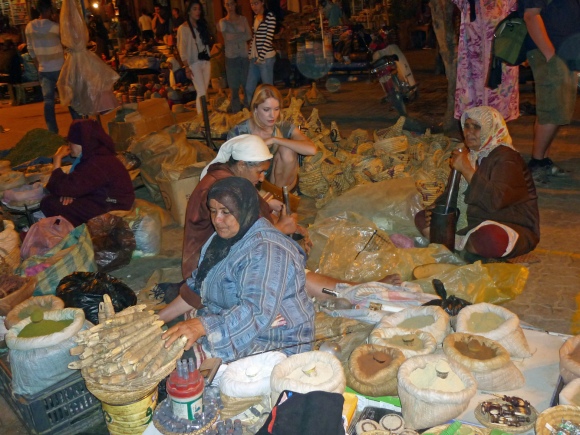 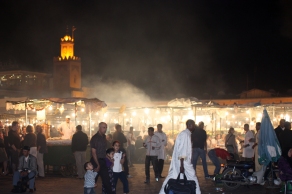 Before you leave the square, have a wander through the crowds. You will find snake charmers, tooth pullers, henna artists, story tellers, fortune tellers and monkey handlers – I’d avoid those if I were you!
I hope you enjoyed visiting Marrakech with me, the competition ends tomorrow but if you’re very quick . . .
Posted on May 14, 2012 Posted in canon eos 450d, Photography, Travel, Weekly Photo ChallengeTagged Gardens, jacques majorelle, Majorelle blue, Majorelle Gardens, Marrakech, Morocco, Photography, travel, Weekly Photo Challenge, Yves St Laurent49 Comments

Les Jardins Majorelle in Marrakech were once owned by Yves St Laurent and his ashes are scattered there. The garden was designed by Jacques Majorelle in the 1920s and 30s and his father, the artist  Louis’s name is given to the bright  colour of Majorelle Blue. In the heart of the city, it is open to the public and it’s wonderful to arrive by Caleche. The cobalt blue is everywhere around the twelve acre garden and the day I visited the sky was a close match. 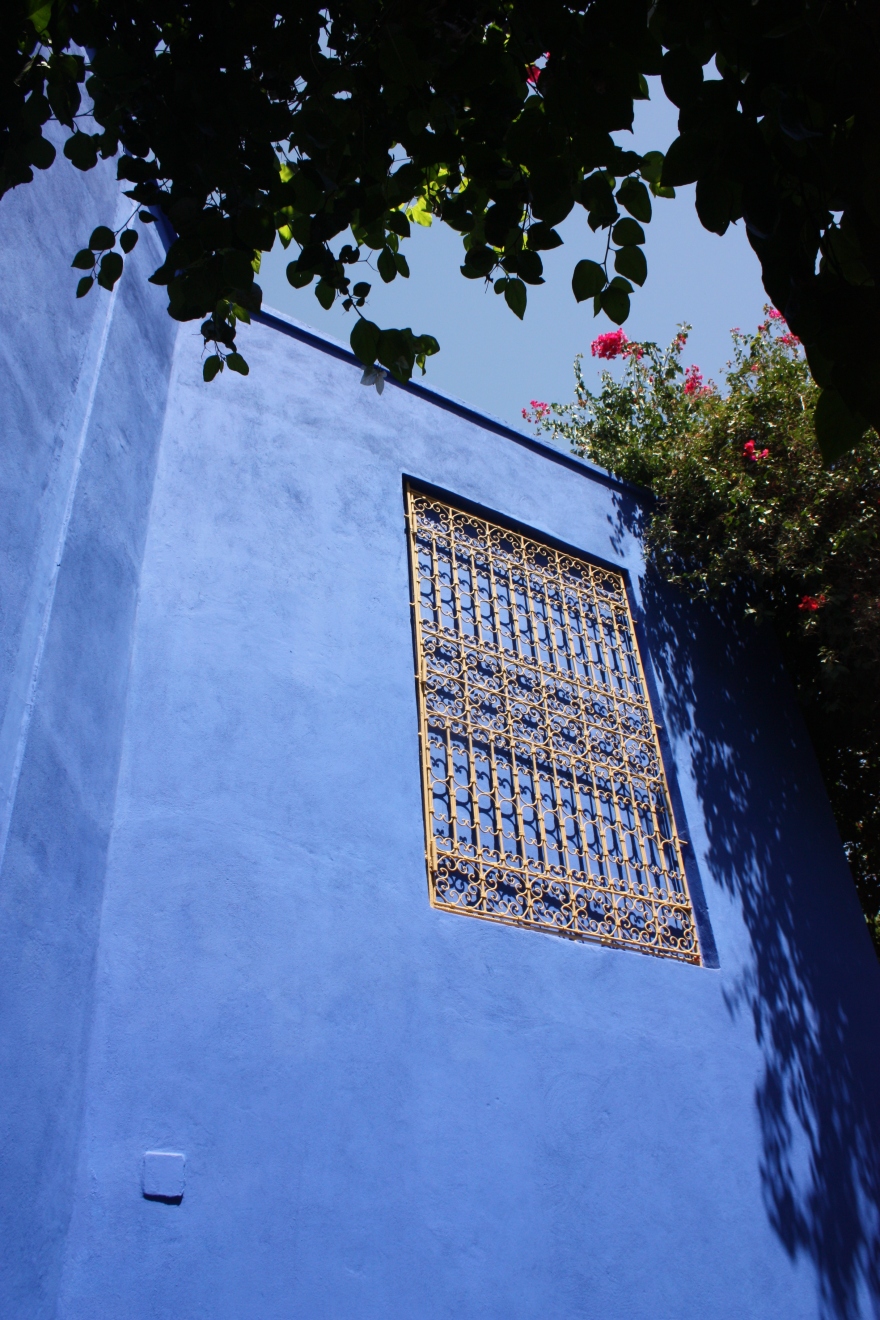 These photos are part of the Weekly Photo Challenge here, http://dailypost.wordpress.com/2012/05/14/weekly-photo-challenge-blue/