A few weeks ago I noticed a new arrival on Topsham Quay, a great big scruffy hulk of a boat named Vigilant. I don’t know anything about boats but love to photograph them and this is one I plan to come back to again. She has been brought to the river Exe in Devon from the Colne in Essex to be restored, looking at her current condition, she’s likely to be here a long time. She was built in 1904 and is one of only thirty Thames barges still in existence from the hundreds that originally transported massive loads around the coast of Britain. 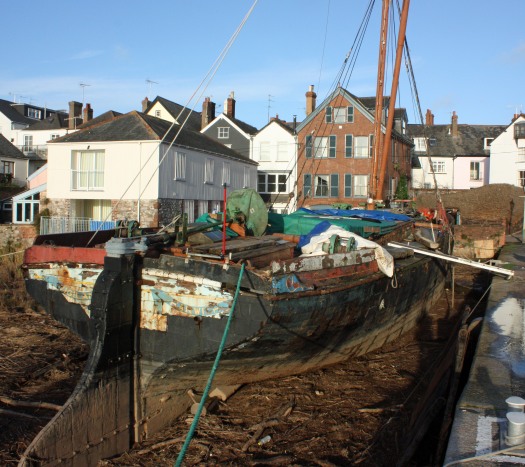 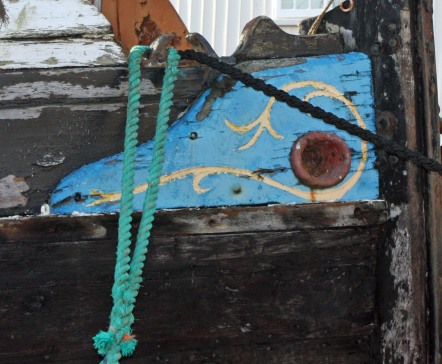 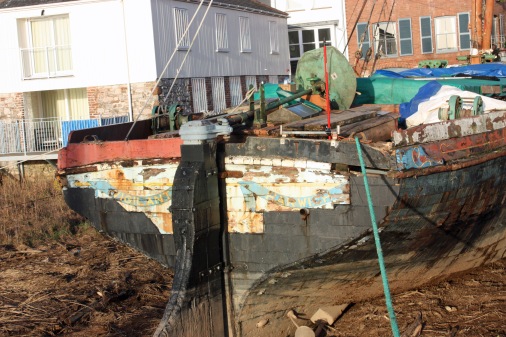 Boats like Vigilant used to sail into Topsham back when it was a working port – who knows she may have been before. The barges were originally powered by sail, traditionally very large ochre coloured ones and engines were not fitted until the 1930’s. They weren’t just work horses though, they were also raced and Vigilant was a winner in her class. Apparently she was sailing until the 1990’s and then became a houseboat. The plan is that she will race again under her ochre sails when she is restored to her former glory.

Searching has revealed that there are Sail Barge Societies researching their history, and also the Vigilant was sold recently on ebay, for just under £8000. She looks rather sad at present but I know that one day she will be beautiful and I will try to capture her progress.