Skip to content
Posted on November 13, 2015 Posted in Uncategorized6 Comments

Tish has written very powerfully on a subject close to my heart . If you don’t know the truth about FGM please read, and even if you think you do, please read. If you can share on Facebook, Twitter or re-blog – from Tish’s original please do. If young Maasai men can spread the word so can we.
Thank you Tish.

‘The eye that leaves the village sees further’ Maasai wisdom

It’s already been shown in Hollywood, but today in London sees the release of Warriors, a documentary by Barney Douglas. From next week there will be star showings across the UK, so if you have a chance to see it, do. You will see a glimpse of real, magnificent, originally-minded Africa, and not only that, 45% of the film’s proceeds will go towards one of the best community causes I can think of – changing attitudes to a rite that these young Maasai men say must go – female genital mutilation, aka female circumcision or FGM.

The stars of the film are a team of cricket playing Maasai warriors. They’ve been playing since 2009, and their ambition was to play at Lords, which they did this summer. They are a fine sight to behold…

As many of you know, I often head for the coast at Exmouth straight from work on a summer evening. Quite frequently, while I sit and fill my tummy with fish and chips, a group of people are down there on the sand exercising like crazy.

Over on the east end of the beach is Orcombe Point, the cliffs there are red sandstone and they mark the beginning of the Jurassic coast. If the tide is out you can walk around the rocks to a separate beach or at the top of the cliffs walk the South West Coast Path to Sandy Bay,  Budleigh Salterton, Ladram, Sidmouth and beyond.

It’s from around these cliffs that my victors appear. I expect that sometimes they run along the sand, but just as often they paddle, wade or swim around to Exmouth.

Note the guy in black, he’s the coach and as the Commando camp is nearby, I wonder if he is a Royal Marine.

And they’re out and running along the beach. 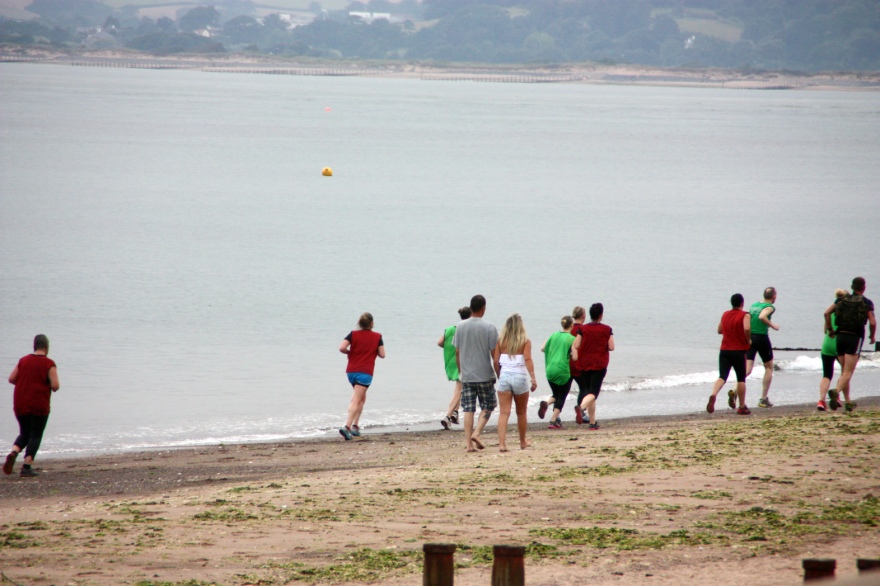 Come along at the back, you can do it! 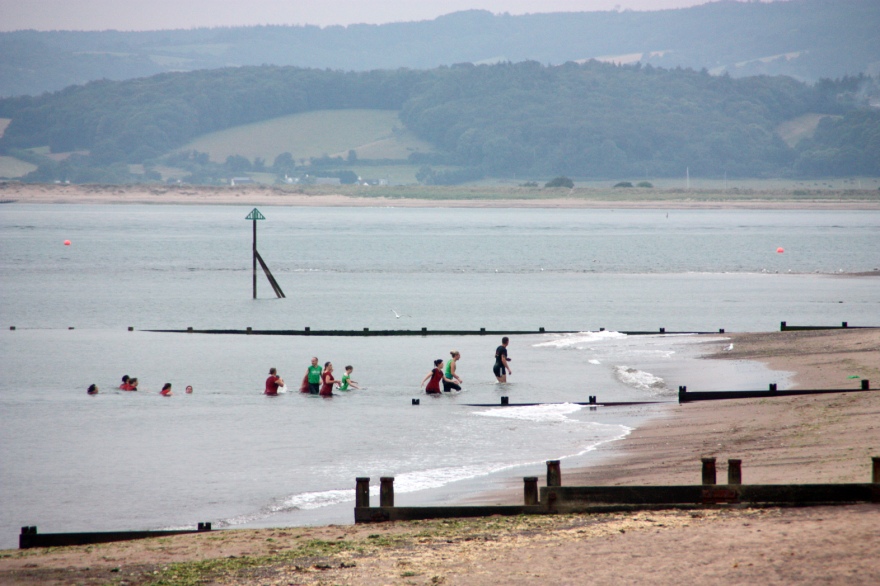 Just when they think they’re in the clear, he has them back in the sea.
This lazy Gypsy’s only exercise is walking, so I’m totally in awe of this group. They are all ages, shapes and sizes, but they have a common goal, VICTORY . . . over the elements, the coach and the lack of fitness!

Victory is the theme for this weeks photo challenge over at the Daily Post.

Three years ago this week, I guess it’s Throwback Friday

I’ve been again and it of course it was perfect, it just never disappoints. I’ll let the photos show you.