For this weeks challenge I have chosen a photo taken on Exeter Quay. It is a railway turntable that has been ‘renewed’ to make a seating area. It’s actually full of history,  a rare example of Isambard Brunel’s broad gauge branch line built in 1867. It carried both broad and narrow guage track along the canal basin. Isn’t it great that it has been preserved and renewed?

Agatha Christie, perhaps the most famous crime writer ever, was born twenty miles away in Torquay. After her first marriage failed (she discovered her husband was having an affair) she met and married Max Mallowan and moved to Greenway in 1938. The gardens are now part of the National Trust, and because of the lack of parking space they encourage you to arrive there by public transport. With a choice of the bus or a ferry up the river Dart from Dartmouth, you can guess what I did on a glorious summer day!

The ferry calls at Dittisham on the west side of the river, a pretty little village in itself, and like Dartmouth, home to many wealthy yachty types. When you disembark at Greenway, you walk up towards the house with the view of the river unfolding, and I’m sure it must have been the most perfect place for Dame Agatha to write. She used several Devon locations in her books, including Burgh Island, for Ten ittle Indians. They have murder mystery weekends there in the 1930’s art deco hotel, just a few miles down the coast.

The house at Greenway is still in the family, and is not open to the public, her daughter lives there. I was there for the garden and was a little disappointed, it was high summer but it isn’t a flower garden. It may have changed now, as the National Trust have been involved a bit longer. The beauty lies in the view, the journey, and of course if you are a fan, the knowledge that you walk in Agatha’s footsteps. 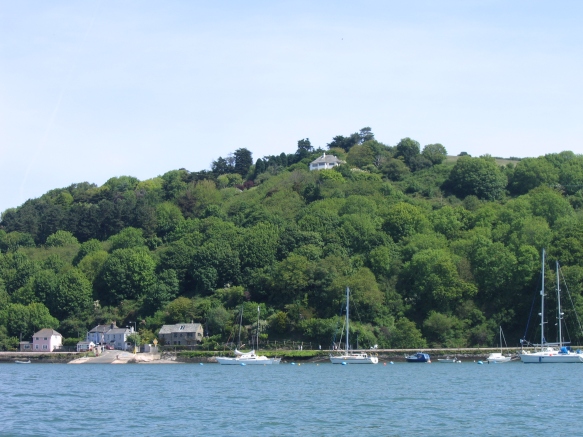 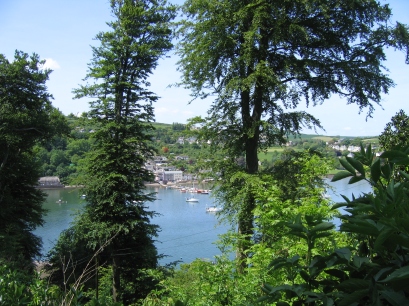