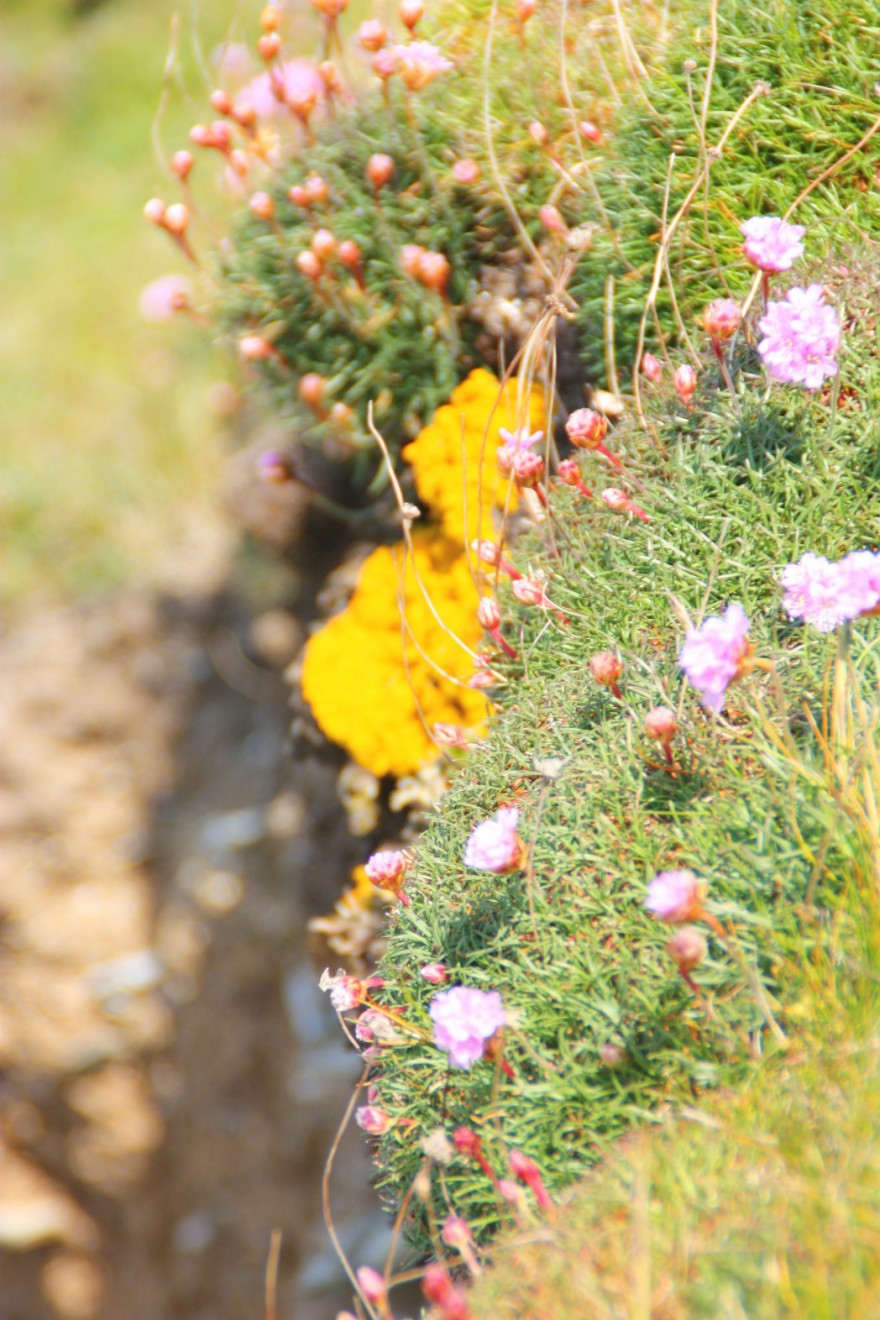 Last weekend my friend Lindy and I went for a walk up in north Devon. I wanted to go to see Verity at the same time so I found a walk on the coast that was just 2.3 miles, perfect for the Dido and Daisy as well.

We arrived at Mortehoe, a pretty village, just before noon and walked up the road between the pub and church.

The lane climbing upwards was trimmed with spring wild flowers.

And the walls were full of life.

We walked past a pretty cemetery.

And the walk began 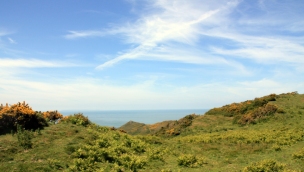 We climbed to the viewpoint 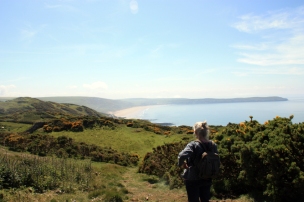 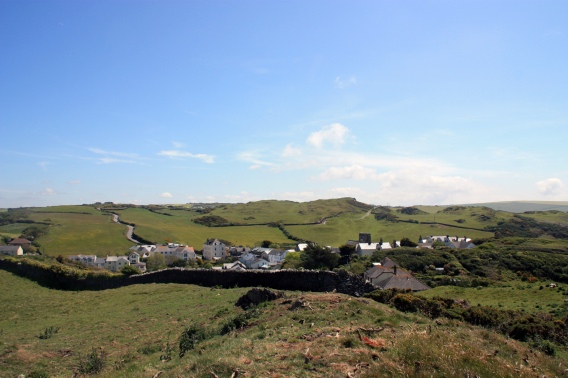 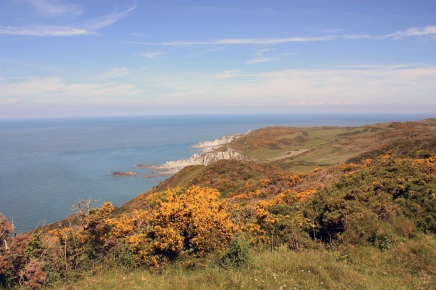 That’s where we were heading 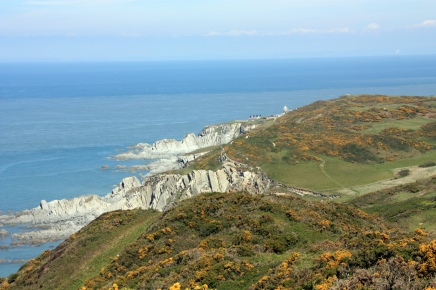 So I zoomed in

Back to the path

There were sheep everywhere and the lambs were adorable

The path stretched ahead into bright sun.

We stopped frequently so the dogs could cool down, so I zoomed in again.

Can you see the stegosaurus back bone?

By now we were warming up, and wishing we’d brought all of our picnic lunch, instead of just a packet of crisps. But the walk was lovely in every direction.

There were some interesting rock formations. 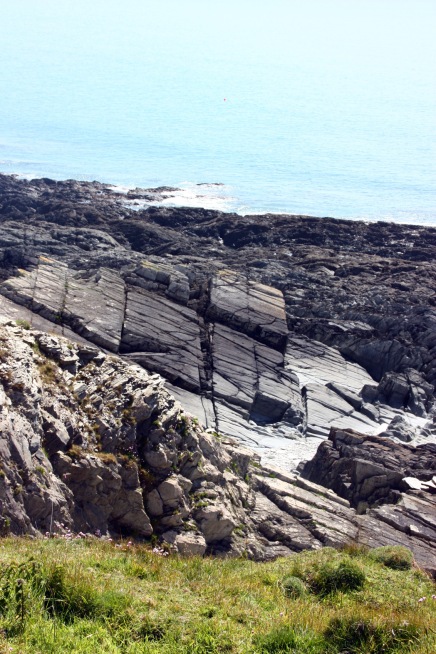 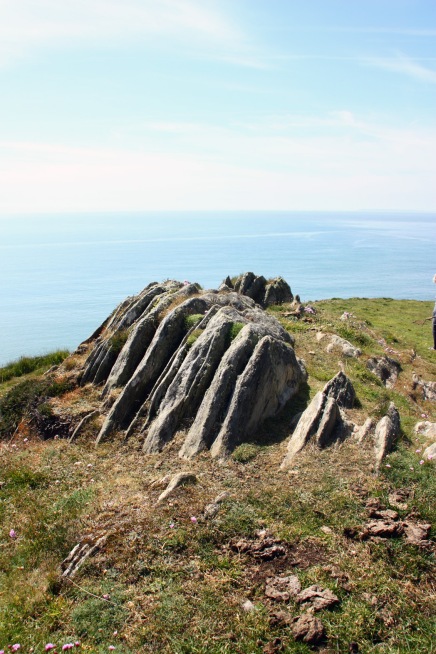 How could this have formed?
The crest of the hill in the photo above was soon just above us.

The rock was changing colour as we walked east towards Morte Point. 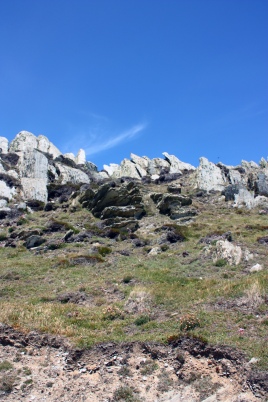 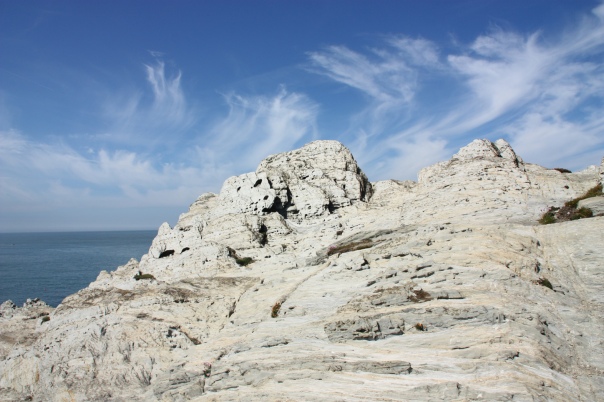 We were really, really hot here

Made it at last

Morte, as I’m sure you know means death and it’s believed that Morte point got its name because the treacherous rocks caused a number of shipwrecks over the centuries. Smuggling was rife, and some of the wrecks may have been helped along the way by wreckers walking the coast with lamps to confuse the sailors in the dark. Having seen this rcraggy coastline, it must have been incredibly dangerous. According to the South West Coast Path website,

The Normans dubbed it the ‘Death Stone’, and claimed that ‘Morte is the place which heaven made last and the devil will take first.’

Time to head on.

We were out of water and fairly certain that we’d missed a turning by the time we reached here.

But a slight hint of a path up to the right led us back the way we needed to take.

The gate leads through to the road by the cemetery. 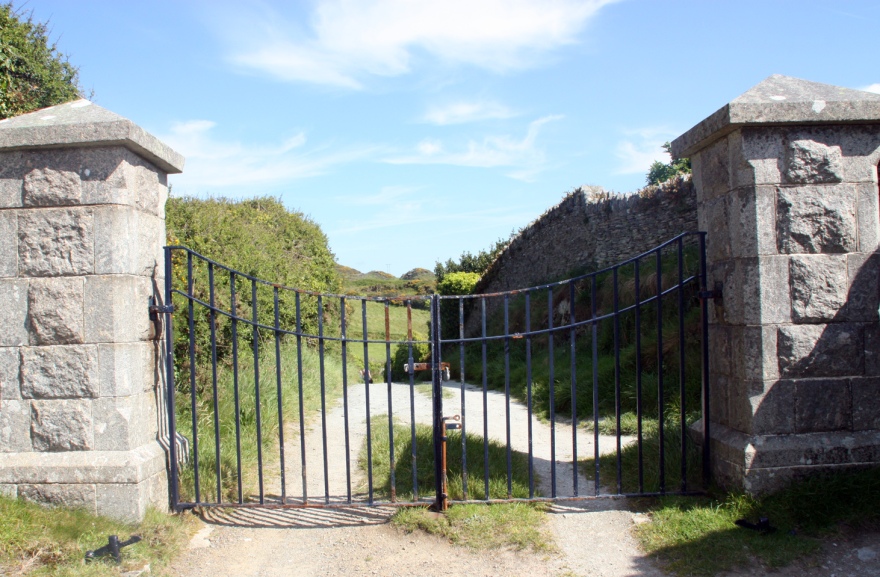 The village shop supplied cold drinks and ice cream, which we followed with our picnic. The dogs flopped in the shade, tired but happy. The pedometer on my phone said I’d walked 5.5 miles, not the planned 2.3, but we stilled had some energy left to pootle around Ilfracombe.
I don’t know if Jo will be doing her Monday Walk this week but there’s always another day.

36 thoughts on “A Walk at Morte Point”