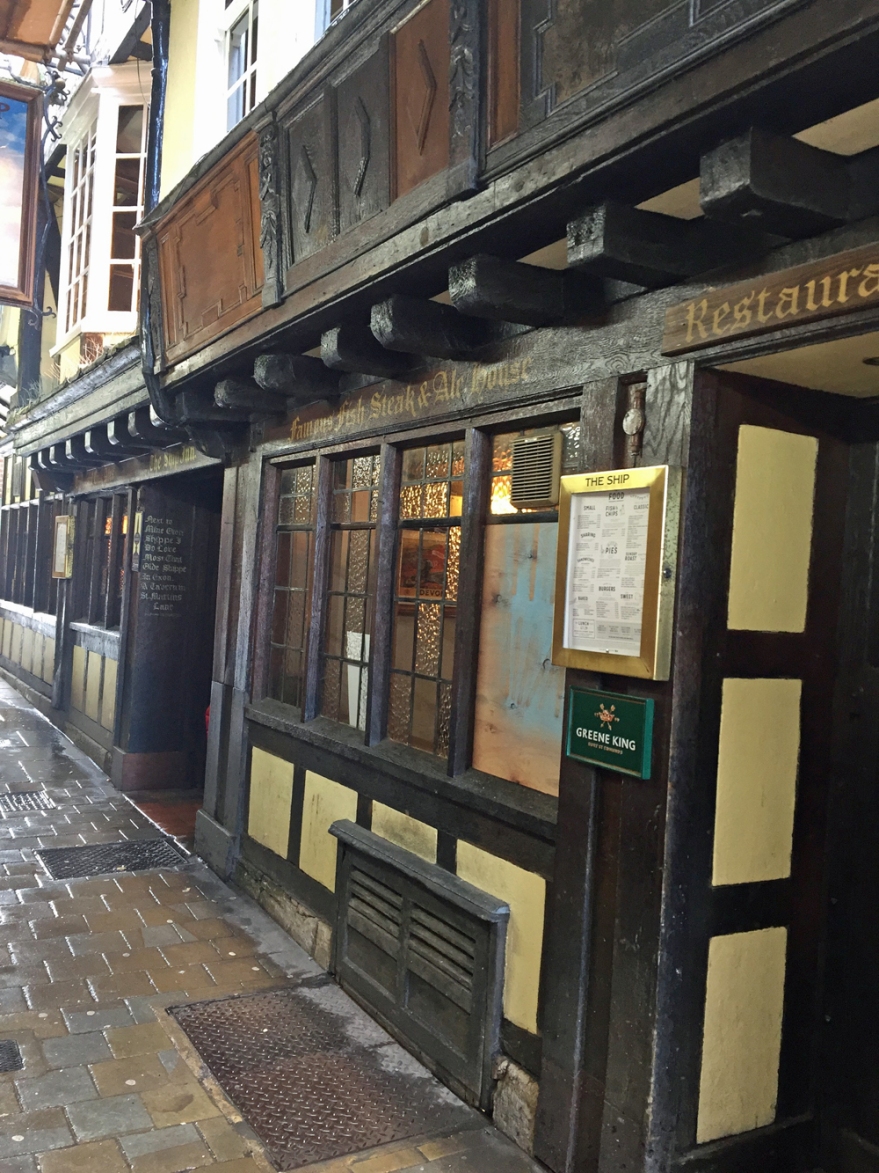 These are the words of Sir Francis Drake, a sea captain and slave trader, he carried out the second circumnavigation of the world in 1577 – 1580. In 1588 he helped defeat the Spanish Armada, but only after he’d finished his game of bowls on Plymouth Hoe. His home in Devon, Buckland Abbey is owned by the National Trust.

The Ship Inn pub is now sadly part of a chain but it still retains it’s character, who knows maybe Sir Francis still visits. This post is for Paula’s Thursday Special, Traces of the past, she has a beautiful photo of lake Bled this week.

A few weeks ago I did a series of posts about Buckland Abbey , but I left out it’s most famous owner, Sir Francis Drake.

Buckland was paid for with Drake’s earnings – or plundering on his early voyages. The treasures he brought home to Queen Elizabeth 1 provided him with wealth and his title. Even though he had no children his heirs lived at Buckland for eight generations, until the 1940’s.

The most famous anecdote is of how he supposedly continued a game of bowls on Plymouth Hoe, saying that their was plenty of time to deal with the approaching Spanish Armada afterwards.

Artifacts relating to his journeys can be seen at Buckland, the most important being a late 16th century drum, decorated with Drake’s coat of arms, one of the oldest surviving in Europe, and possibly one of thirteen bought in 1595 for his last voyage. The drum is said to beat if England is in danger, most recently during the Second World War just before Dunkirk was evacuated, spooky eh?

In 1596, as he lay dying of dysentery, he is reputed to have asked to be dressed in his full armor. He was buried at sea in a lead coffin, near Portobelo. Here are a few of Bucklands Drake treasures.

Sir Francis is the knight in this chess set. 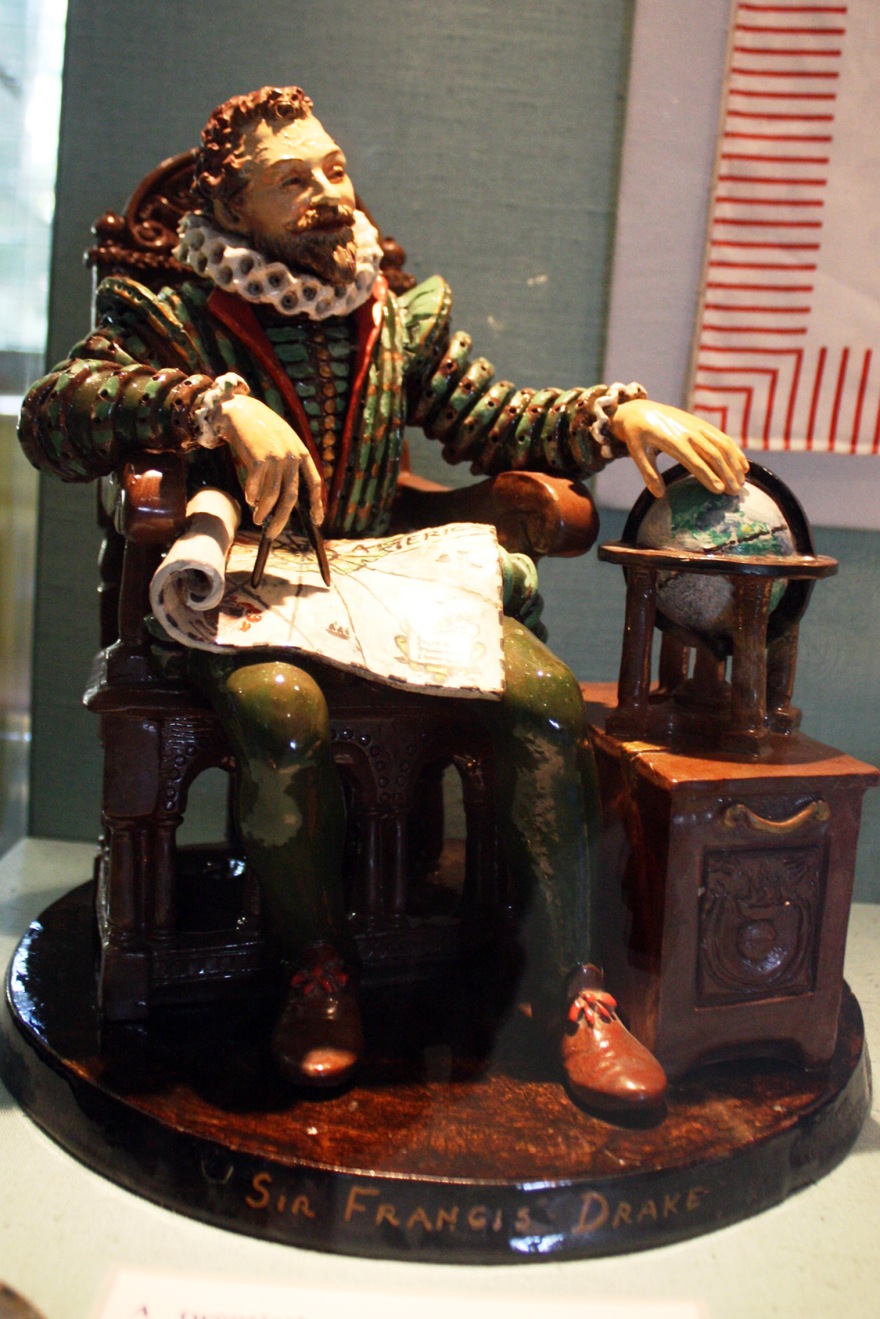 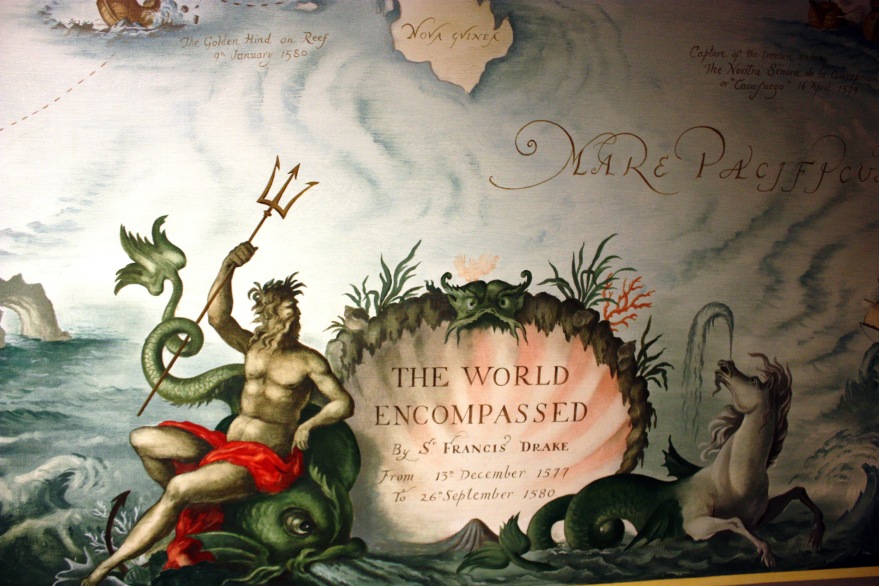 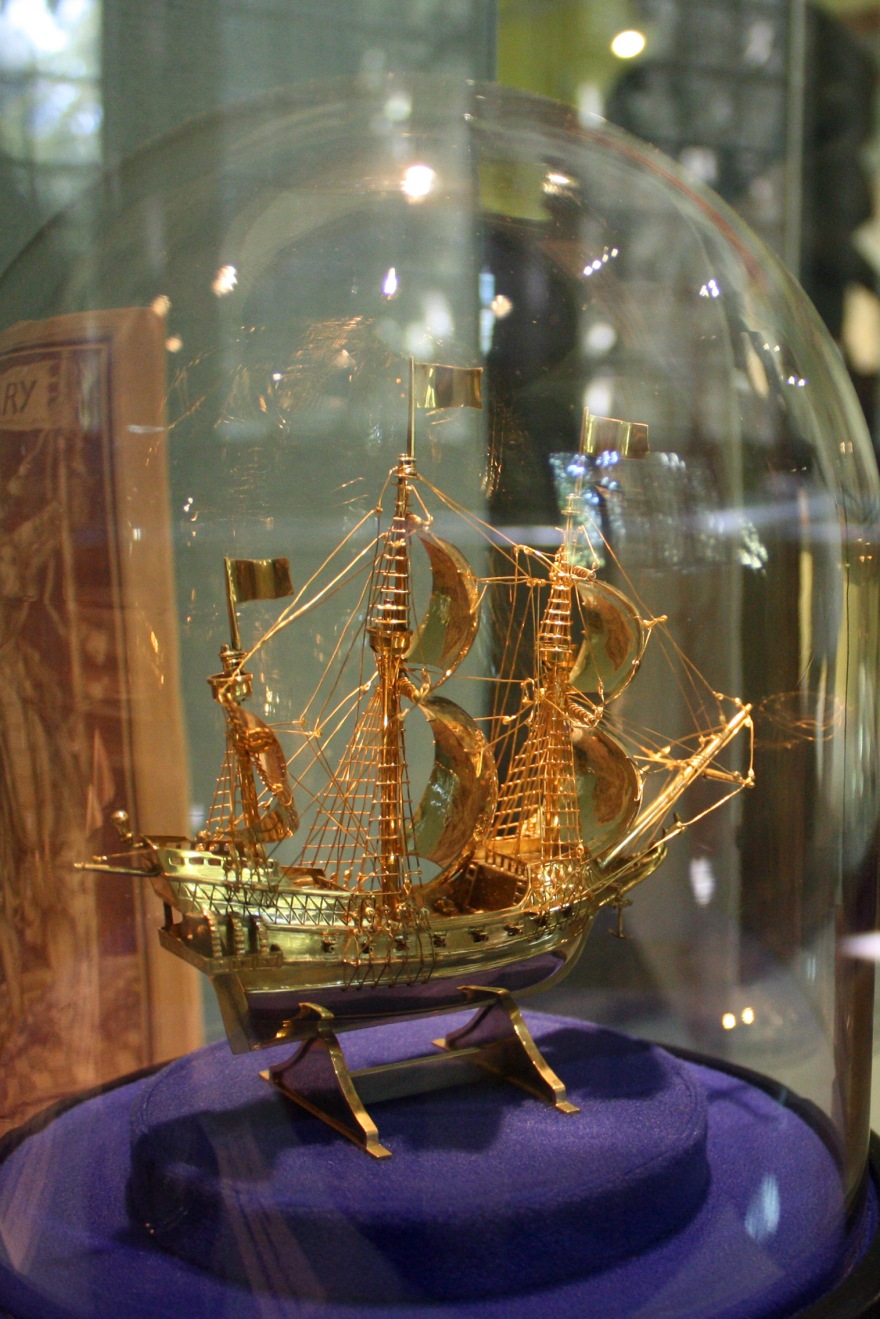 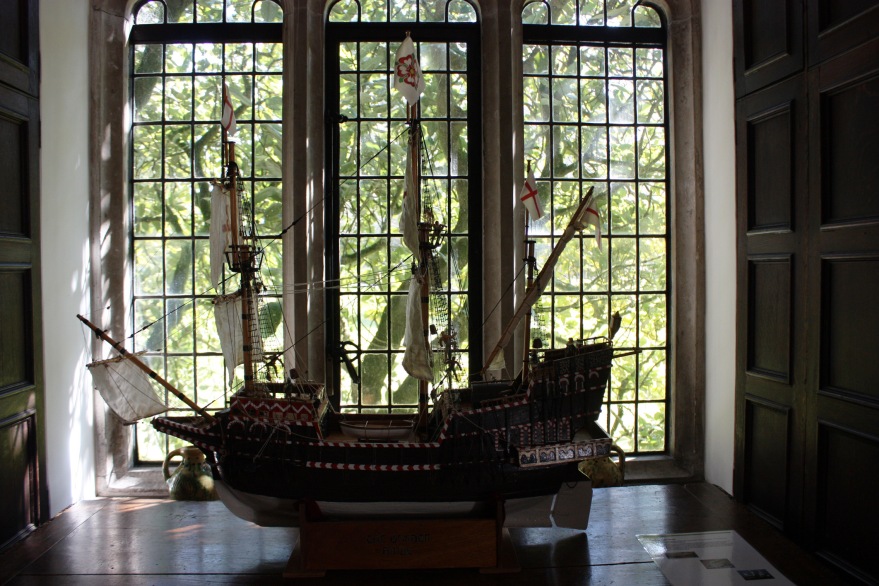 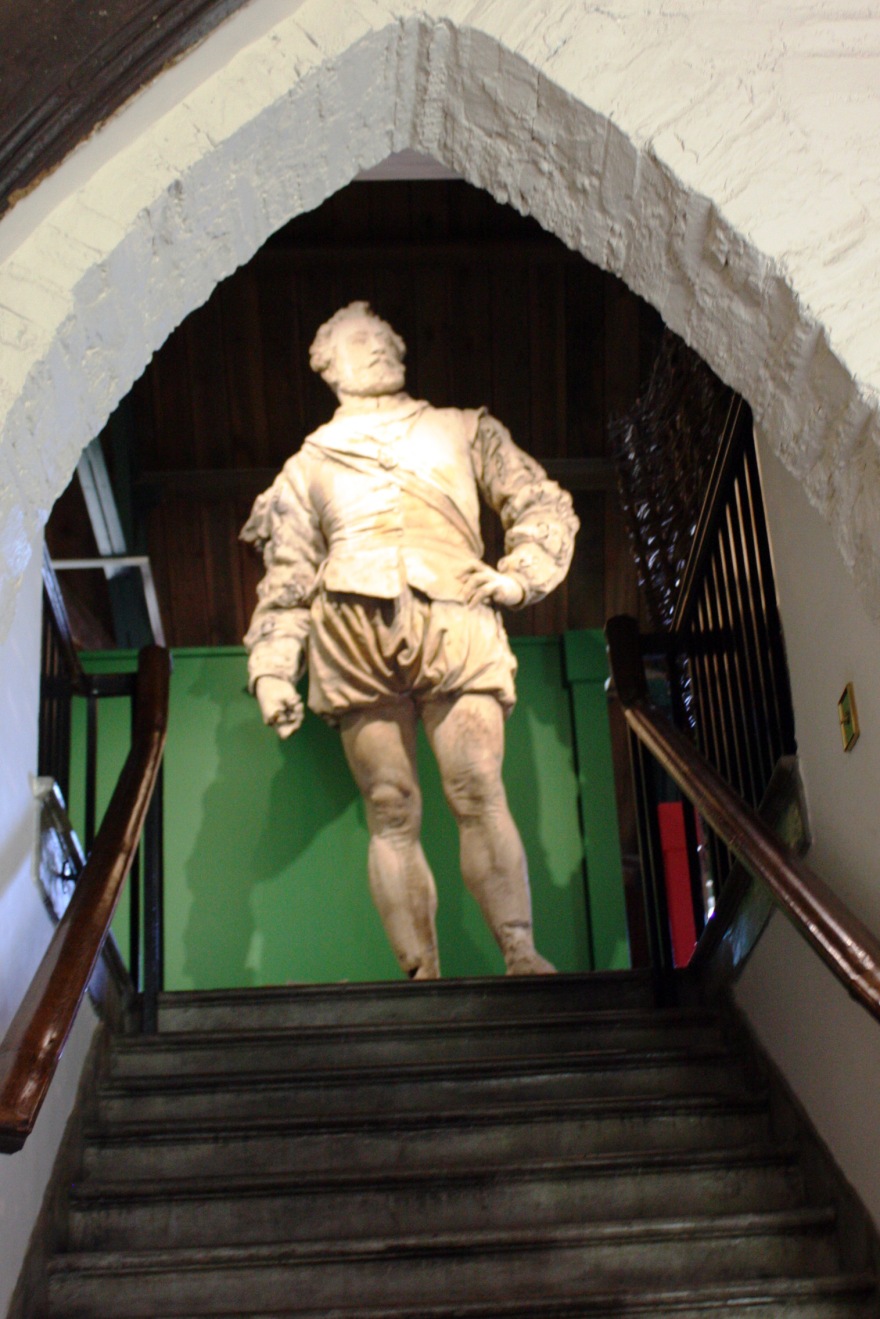 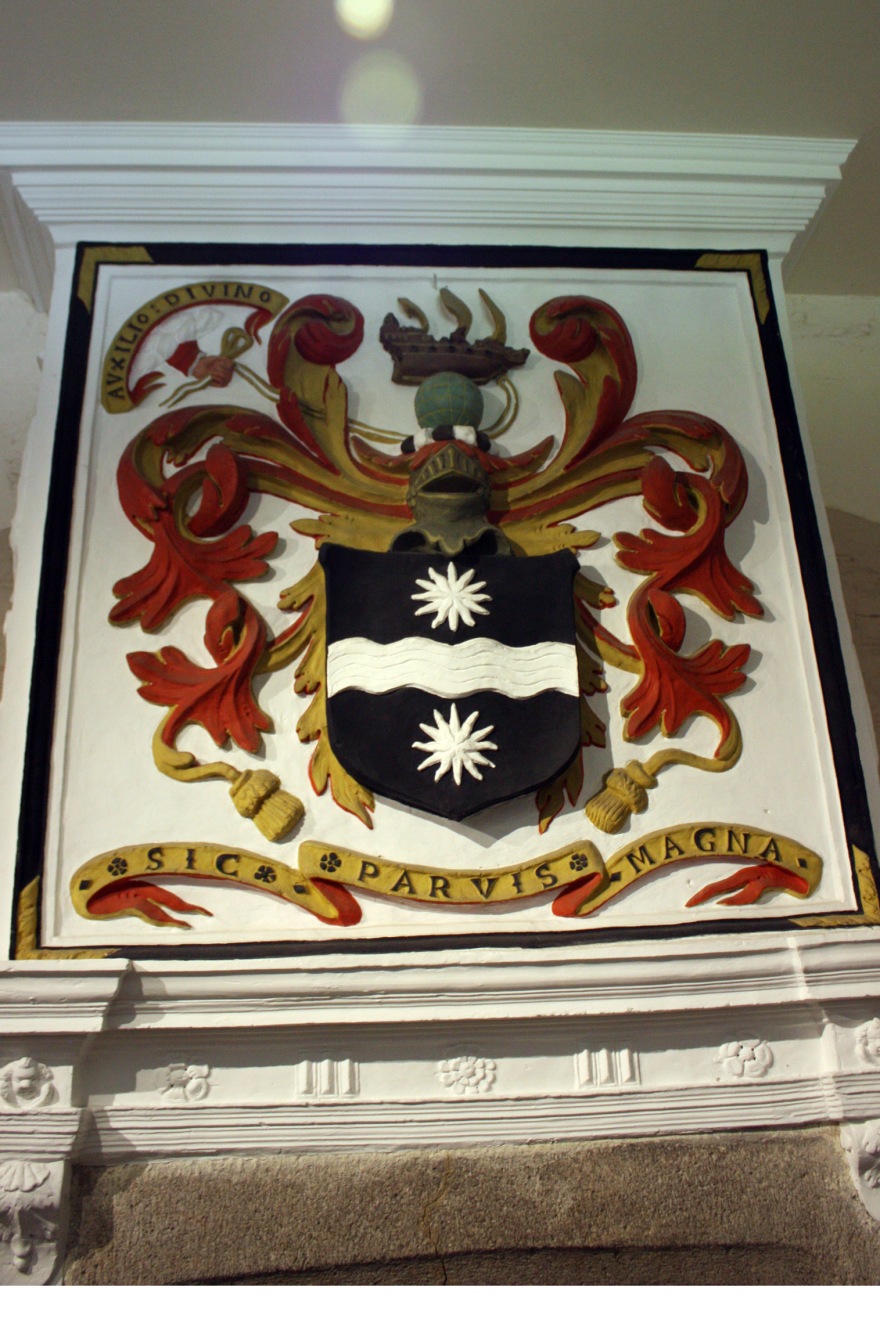 As you know I was captivated by Buckland Abbey. It isn’t the most grand of National Trust houses but for me it is an interesting one, packed with history and little surprises. Here are a few of the things I enjoyed. 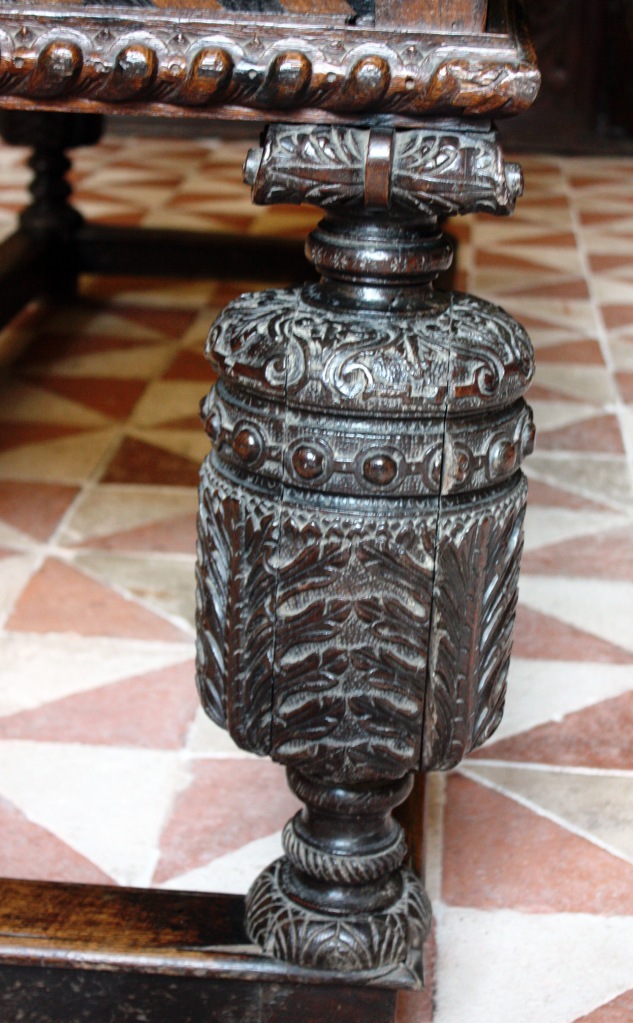 I know, it’s just a chair leg, but imagine all the ankles that have brushed against it. 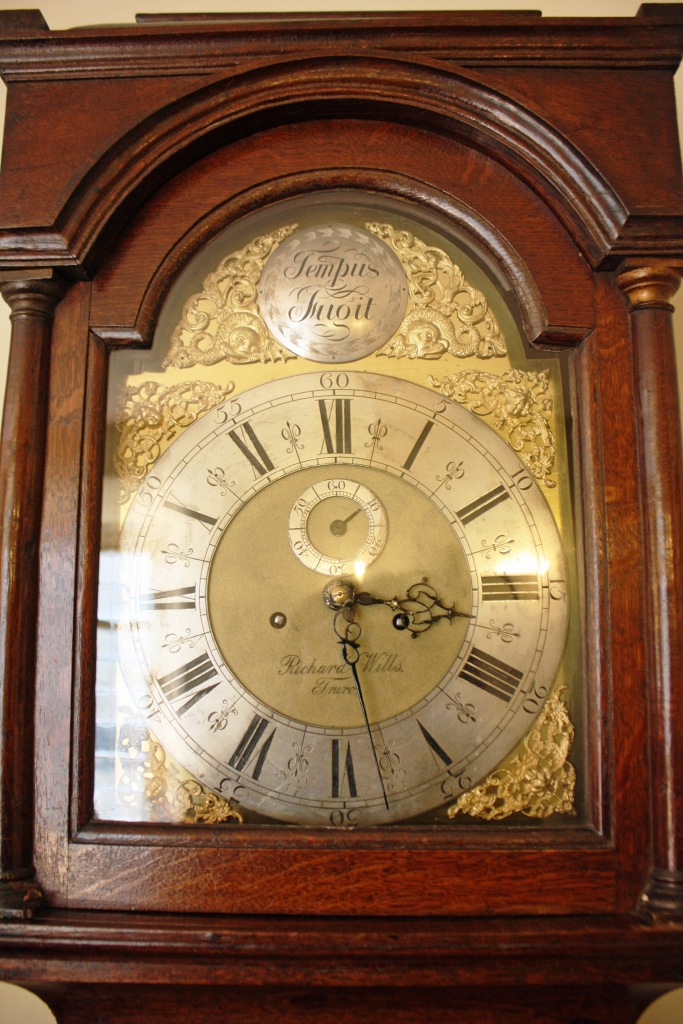 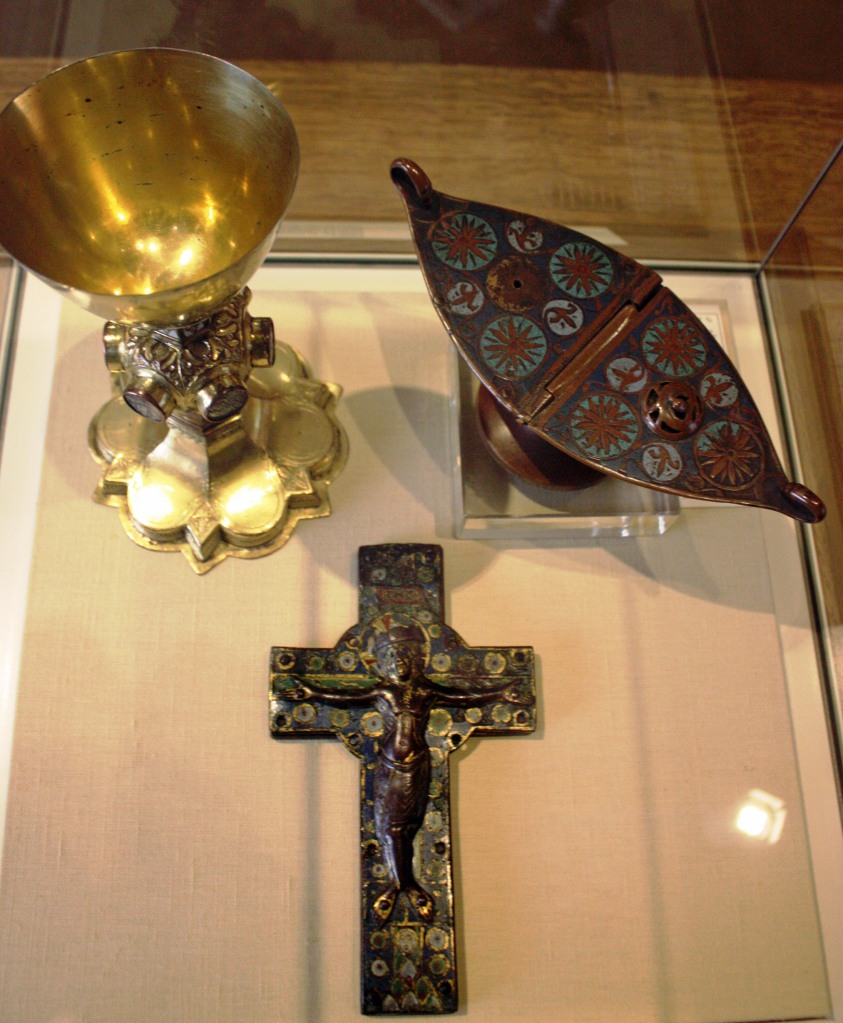 I loved the little incense boat. 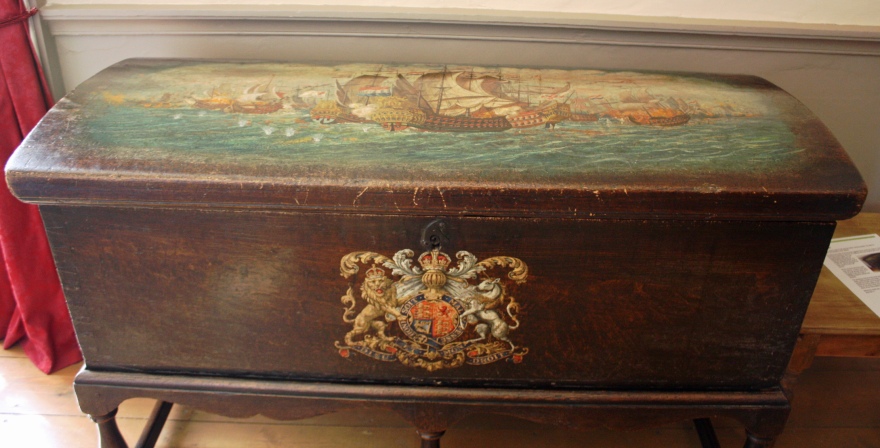 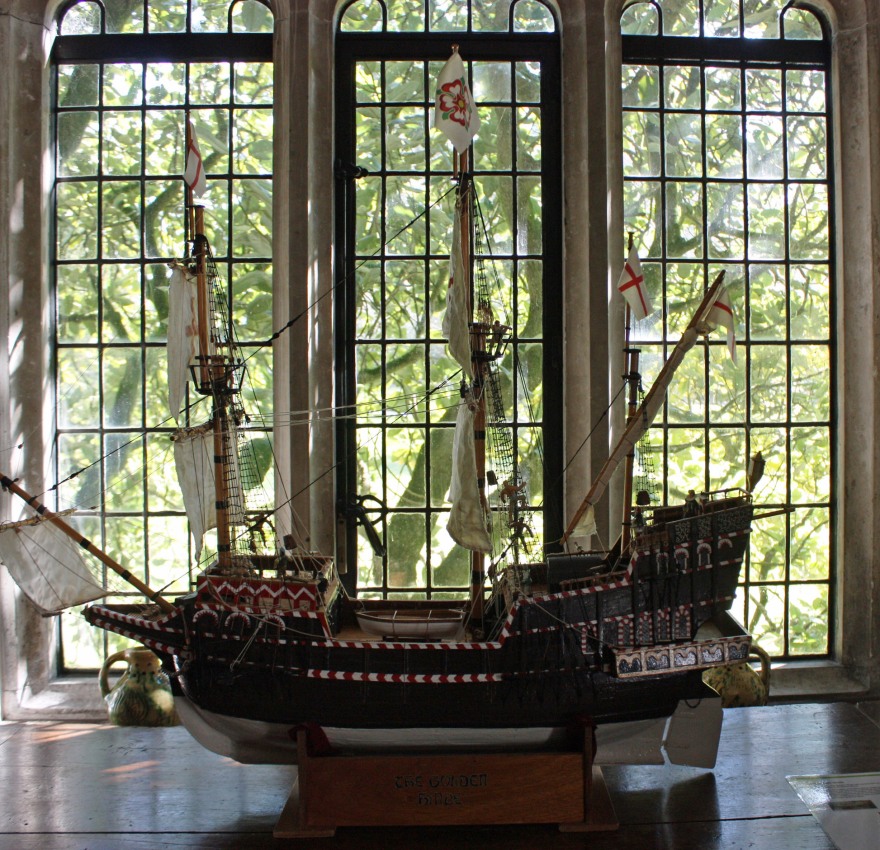 A model of the Golden Hind.

This chess set has Lord Burghley as King, Queen Elizabeth as Queen and Sir Francis Drake as the Knight. Each of the Pawns is a miniature Golden Hind.