If you’re a regular visitor to my blog you may think I’ve been rude this week not replying to your lovely comments! Apologies, I’ve been in Suffolk for a few days so I hope you will forgive me. I will try to catch up but I probably won’t make it for a while – I’d been doing so well recently too! Anyway at least I’ve taken around five hundred photos and I think the ones below fit this weeks challenge. 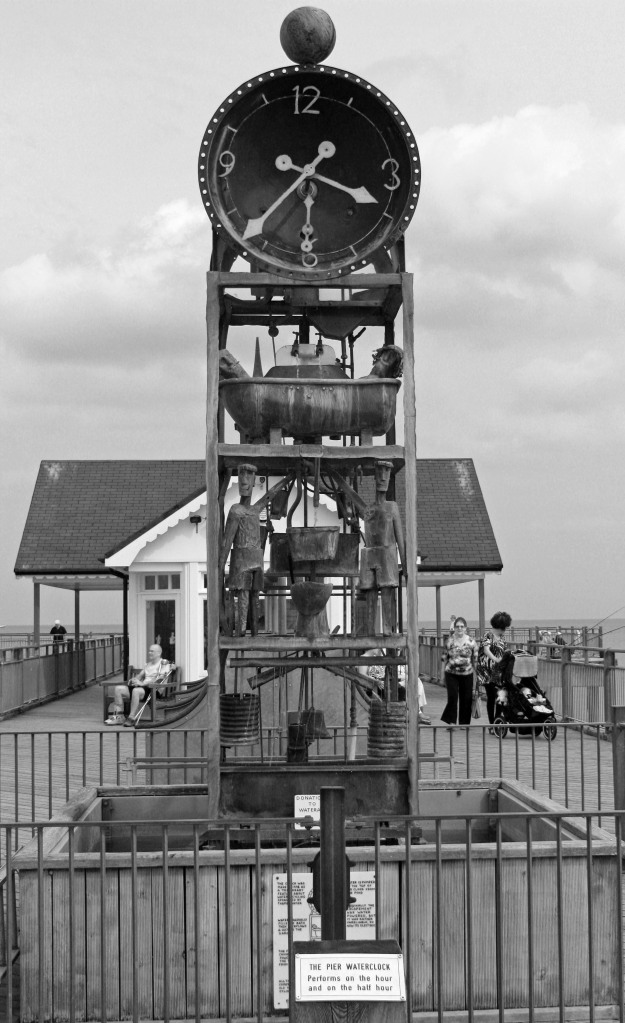 This funky clock captures a fleeting moment of the pier at Southwold. 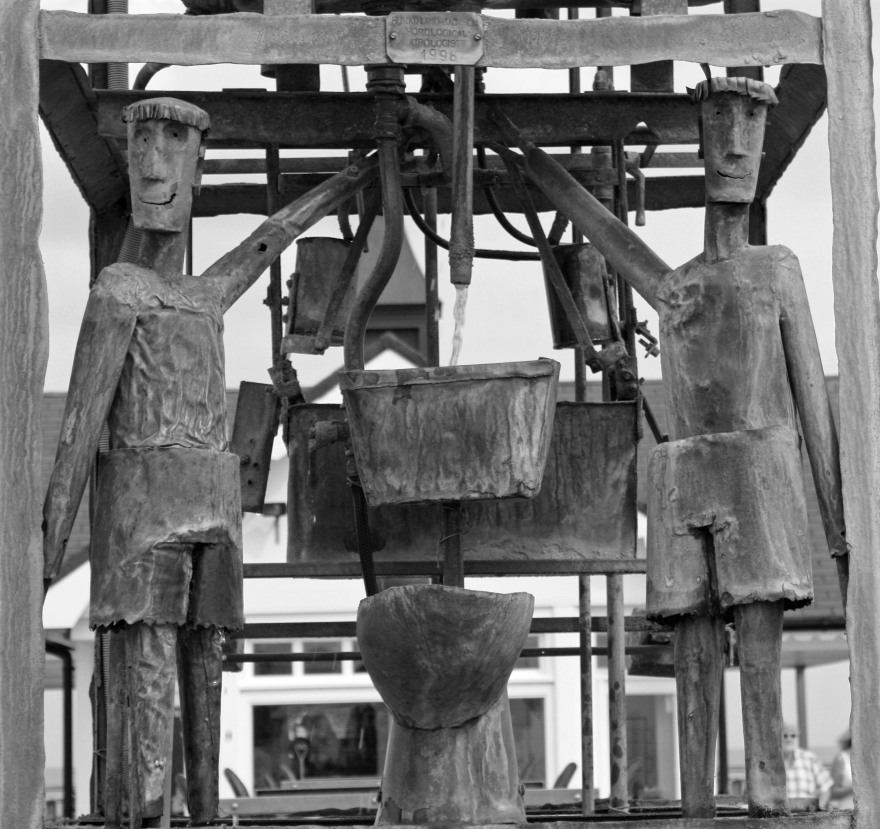 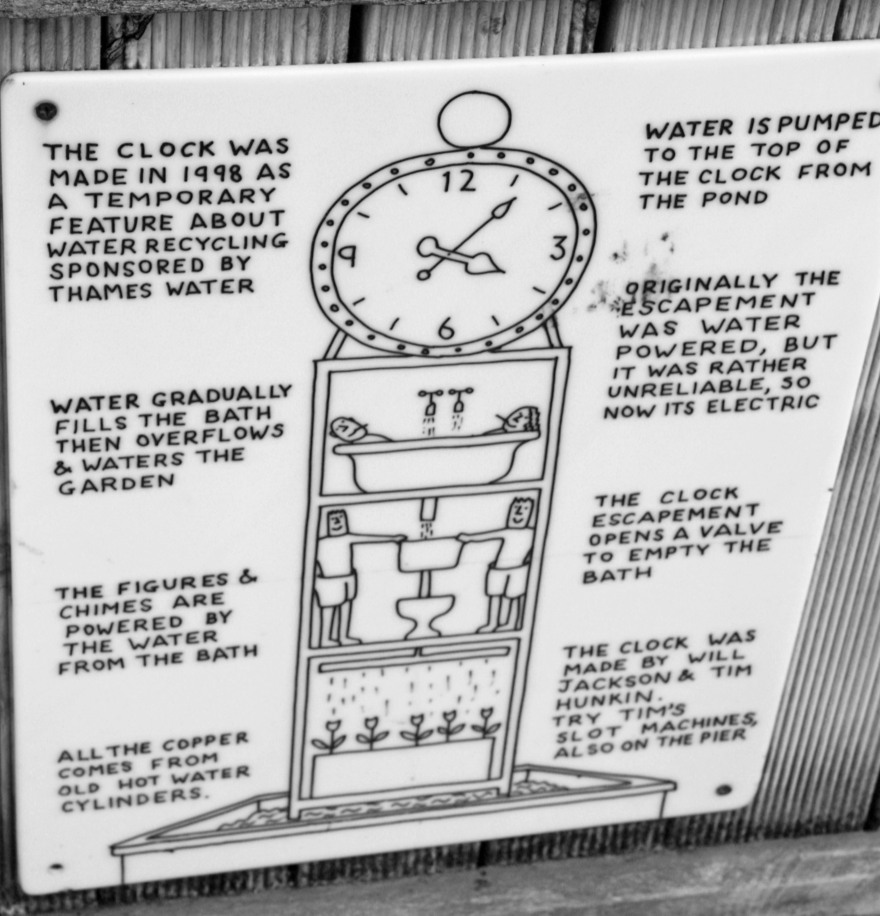 The explanation, do you agree that it’s a fleeting moment?

To see some more entries or to join in visit http://dailypost.wordpress.com/2012/06/29/weekly-photo-challenge-fleeting-moment/ 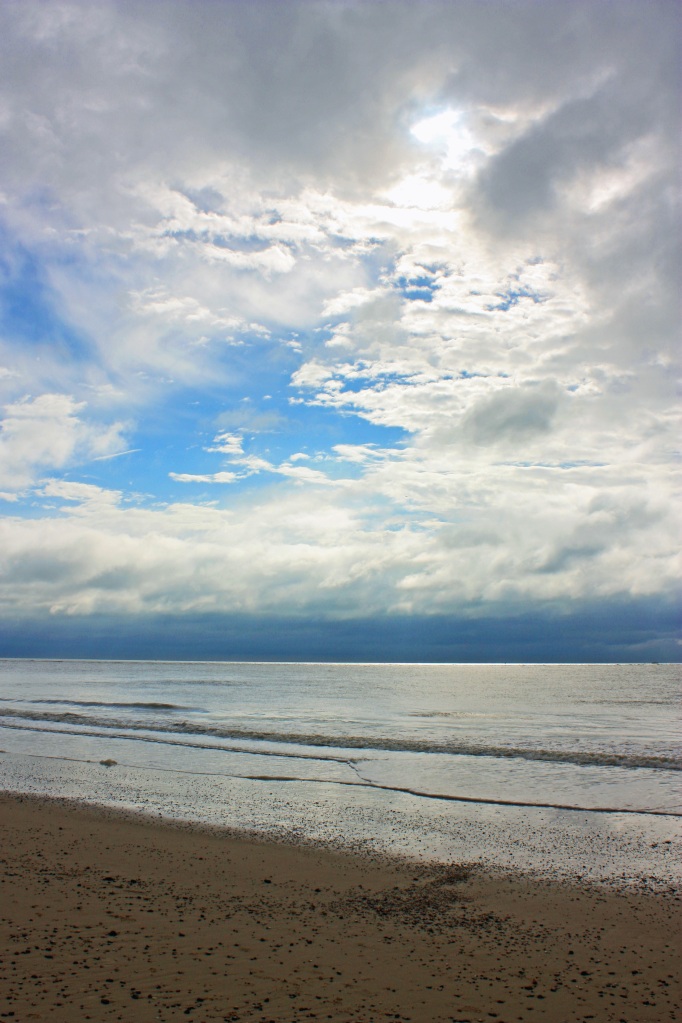 On my birthday earlier this month, a day out to the South hams was planned and when a colleague suggested Aveton Gifford, I thought why not? He described the Avon estuary as a lovely place to walk and I was intrigued by the Tidal Road. 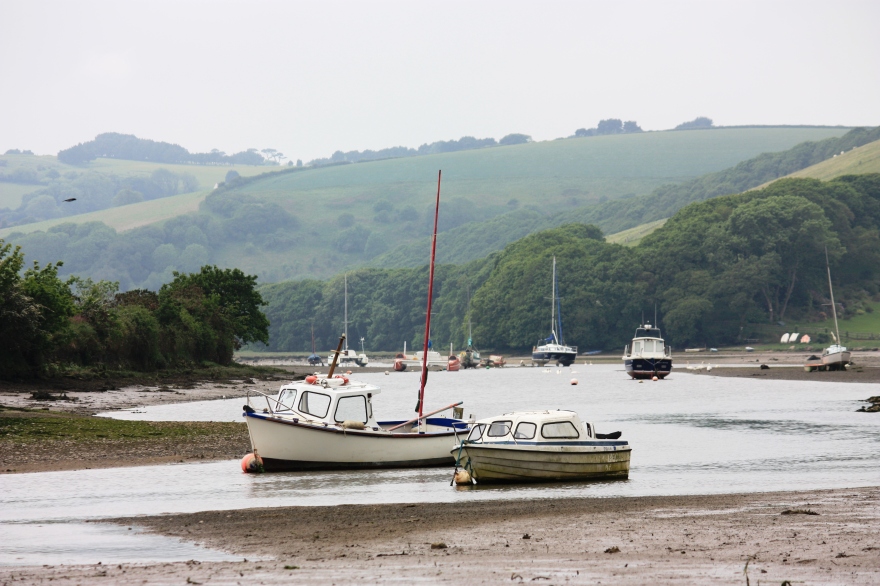 He said there would be a lot of birds and there were plenty of swans and this solitary egret, but he saw us coming and legged it. 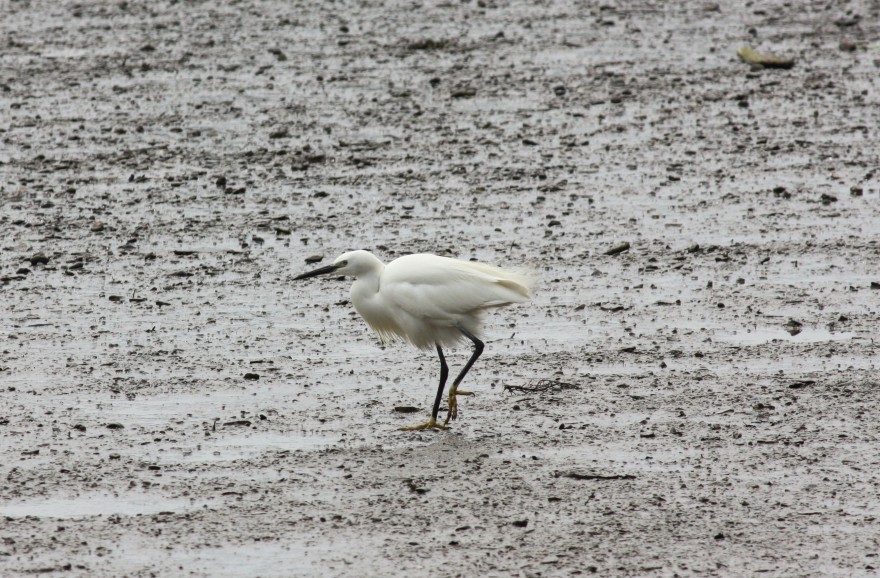 As we approached the Tidal road this beauty went haring past, I wondered if he knew something we didn’t, but remembered I had checked the tide tables the day before. 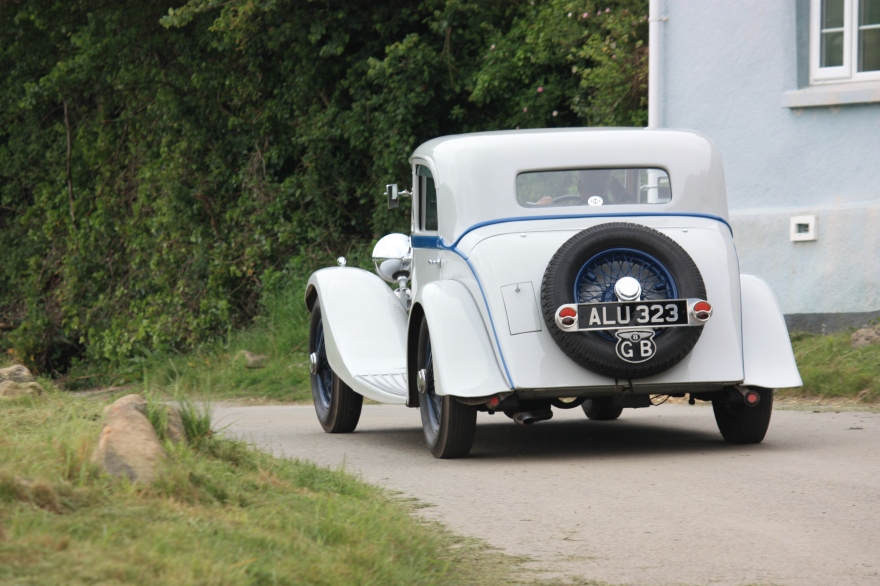 The wild flowers were lovely, the gentle palette of red campion, sea thrift, and  honeysuckle, were a treat on a grey, misty morning. 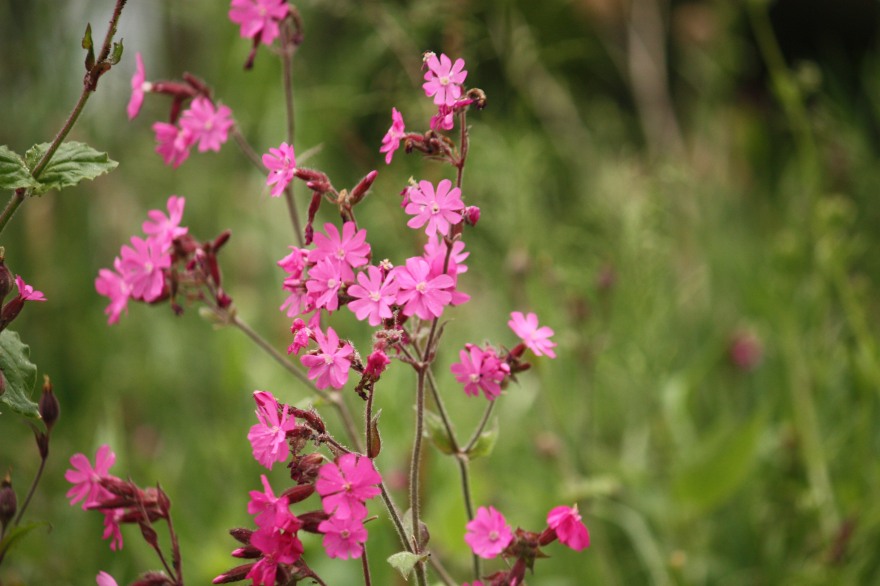 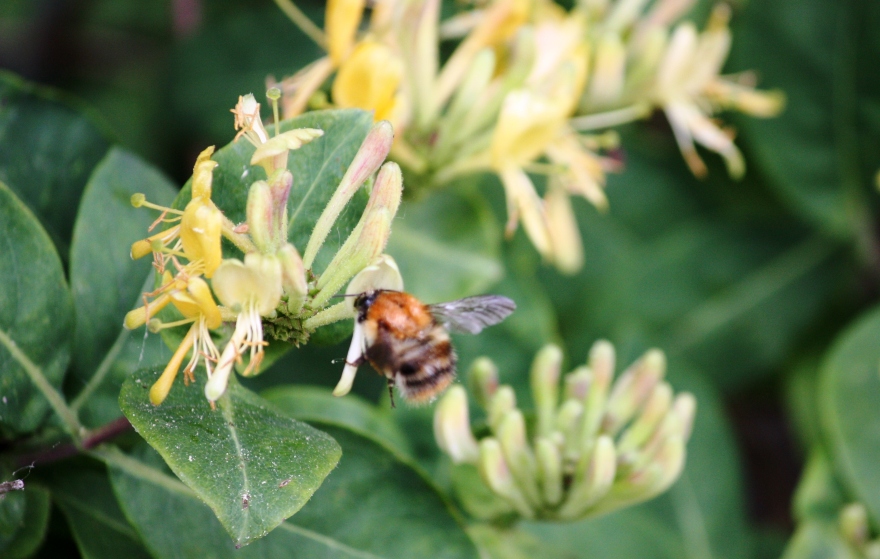 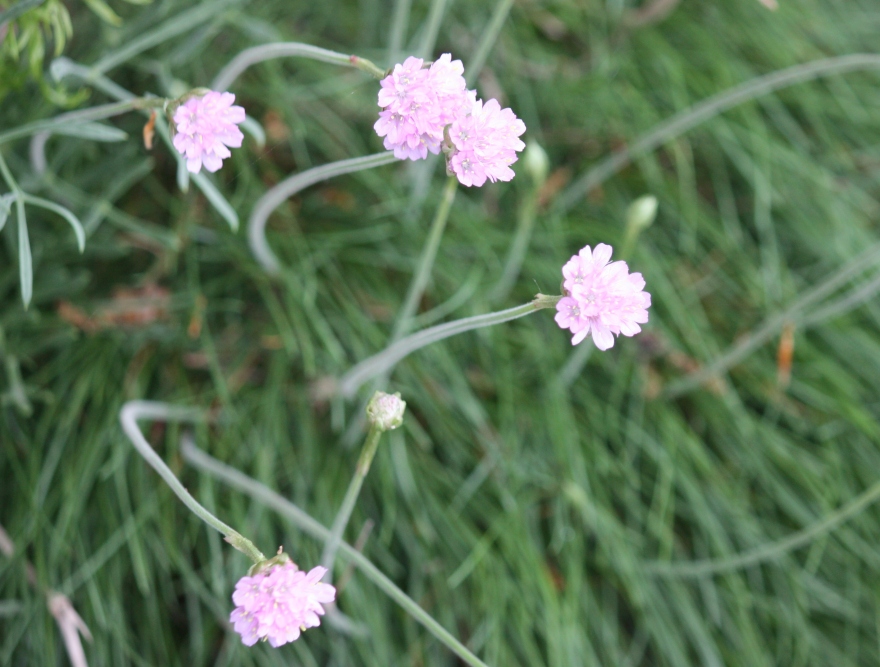 This is the section of the road that gets covered, I really wouldn’t want to get caught in that mud. 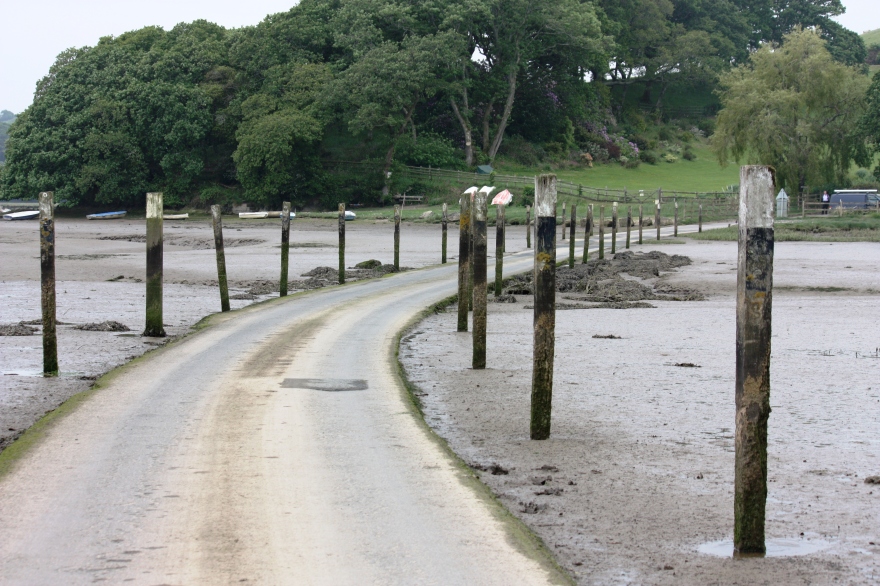 We took a high path that some locals recommended for the view, which would have been better had the sun shone, and this is where we turned back because the rain was setting in. 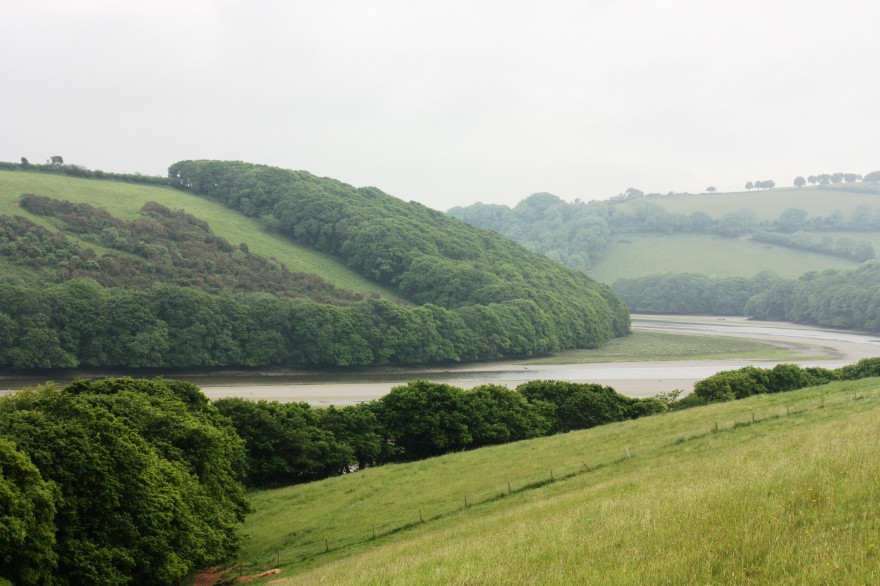 After lunch and a chat with my favourite local artist, at an exhibition of her work in Kingsbridge,   http://emmacarter.com/main.php?g2_itemId=202&g2_enterAlbum=0 (I want this one so badly!), we called at Beesands where the weather was even worse. 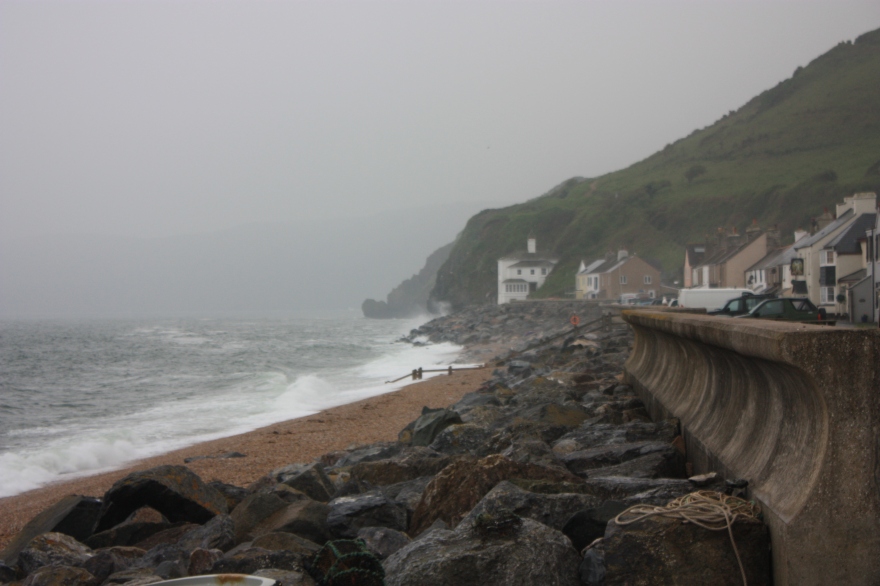 Next was Torcross, where a World War 2 Sherman Tank resides as part of a memorial. Torcross was used as a practice ground for 30,000 American troops, because of its resemblance to the beaches of the D Day landings in Normandy. 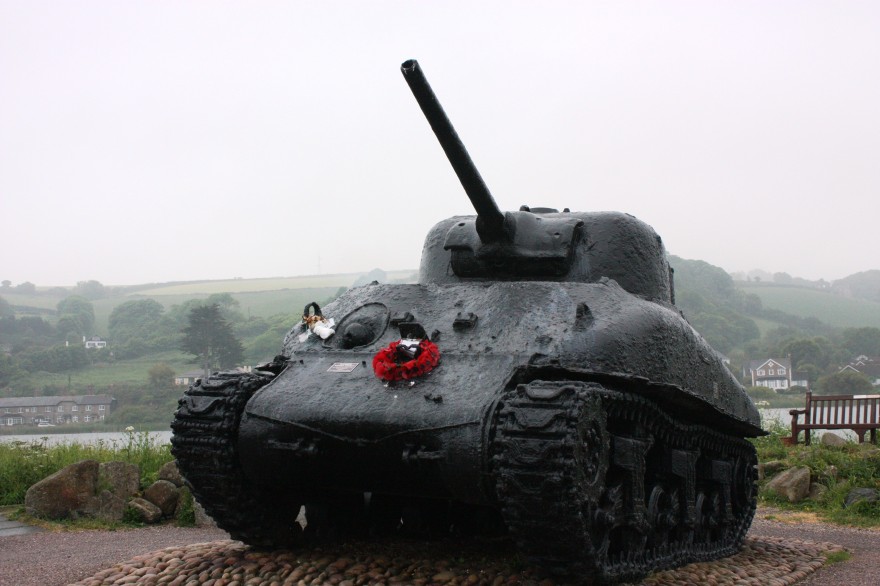 Parallel to Torcross beach lies Slapton Ley, a wetland with a diverse (and hiding) wildlife. Although it is only separated from the sea by a narrow strip of shingle, it is freshwater, the biggest natural lake in the South West. 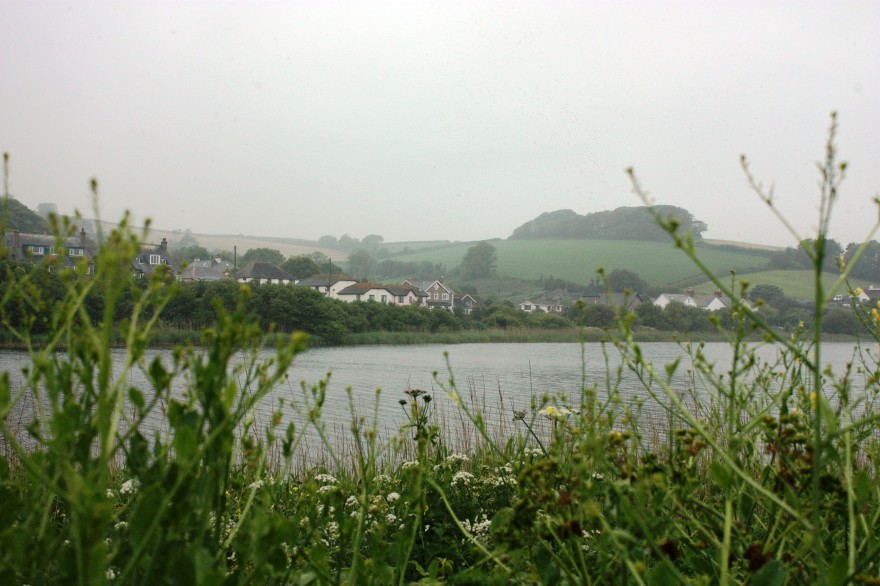 The last stop of the day was at Blackpool sands, which were neither Blackpool, thank goodness, or sand, but at there was a little colour. 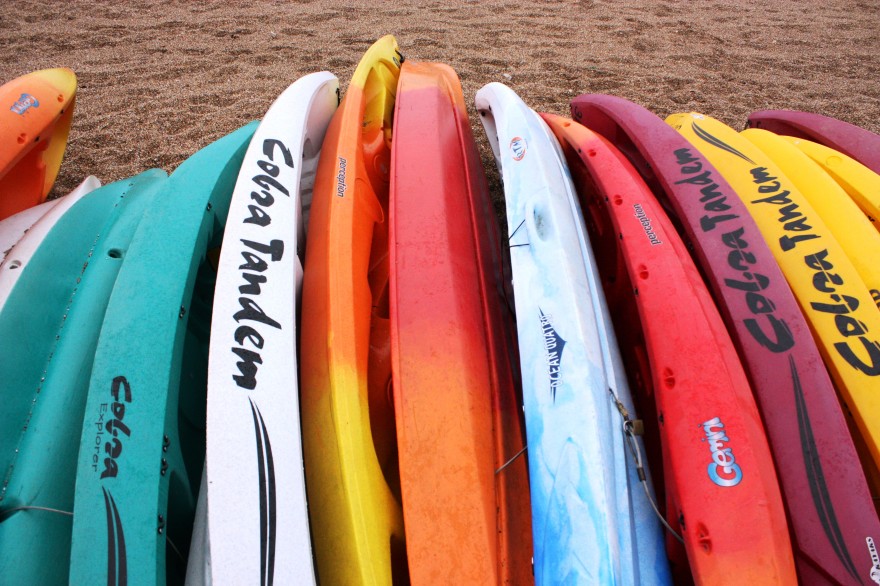 Finally home via the Higher Ferry at Dartmouth. 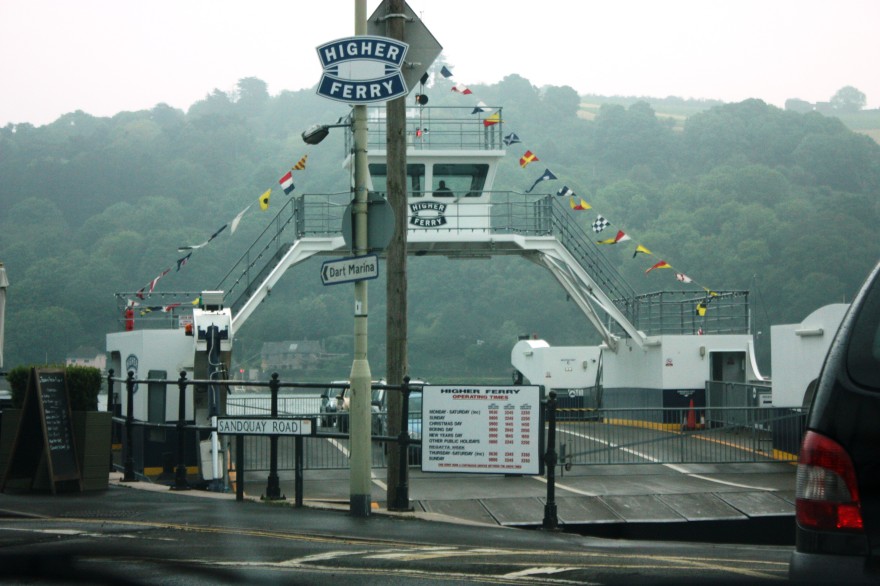 The weather may have been miserable but I had a lovely birthday and a lovely month. This is a long post for me, I hope I haven’t bored you senseless,  but I do love the South Hams area of Devon!

Today I’m sitting here wrapped in a blankie trying to keep warm but  we had summer last month and I’m cheering myself up looking at these photos I took on a summery day out. 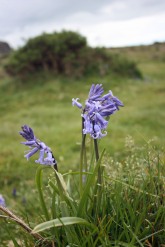 Bluebells are later on the moor 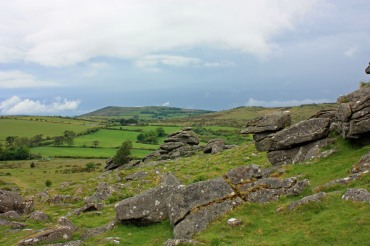 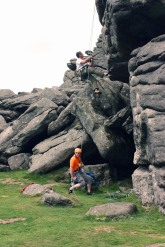 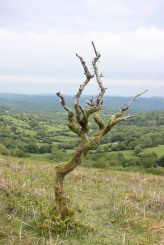 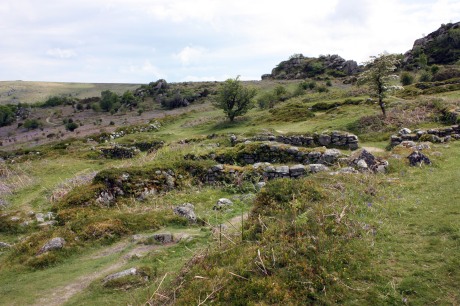 The Medieval village near Hound tor 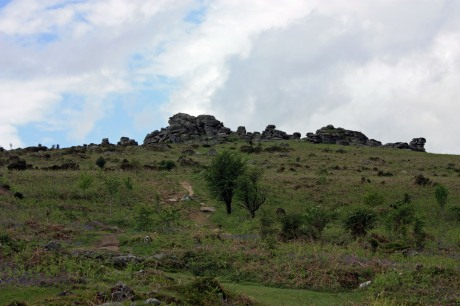 Returning from the Medieval village 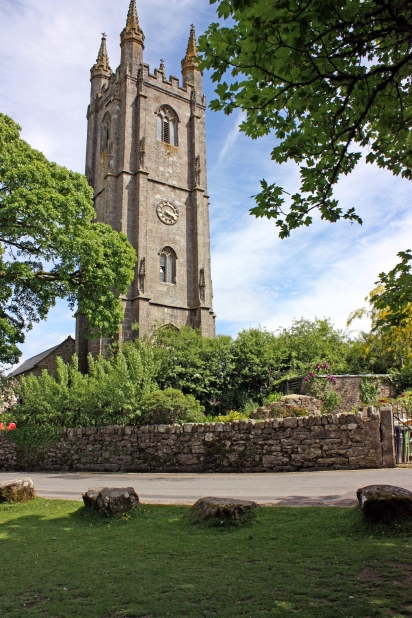 The church at Widecombe in the moor 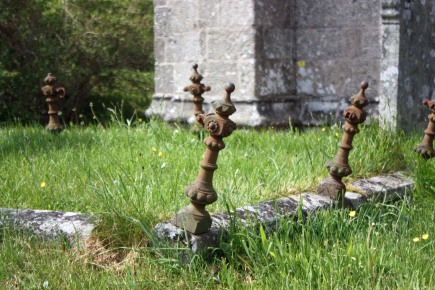 A very old grave in the churchyard 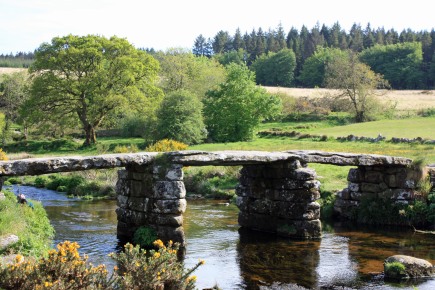 I don’t understand how Jake keeps creating animations that are better each week but he’s done it again. This weeks theme is village, my photo is twelve years old and poor quality but it’s taken in my ancestral village in Igboland so I love it. 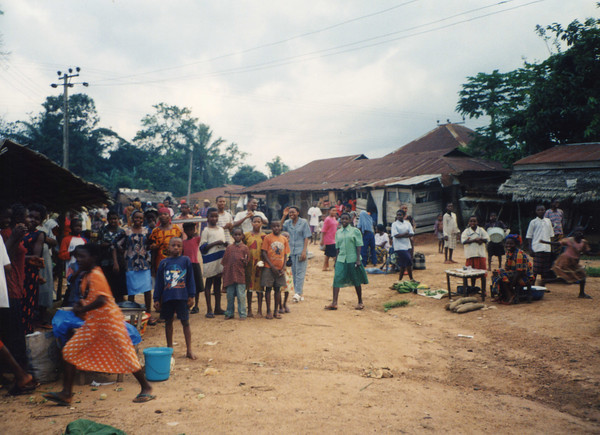 For some more interpretations and to join in go to http://jakesprinters.wordpress.com/2012/06/23/sunday-post-village/

Ailsa’s challenge this week has the theme of parks and hers features the staggeringly beautiful work of Piet Oudolf – If you’ve never heard of him you must go over and look,  http://wheresmybackpack.com/2012/06/22/travel-theme-parks/

My entry is more frivilous, it was taken early in the morning from my room somewhere around the 28th floor of the Traders Hotel in Kuala Lumpur, and its the children’s part of KLCC park. 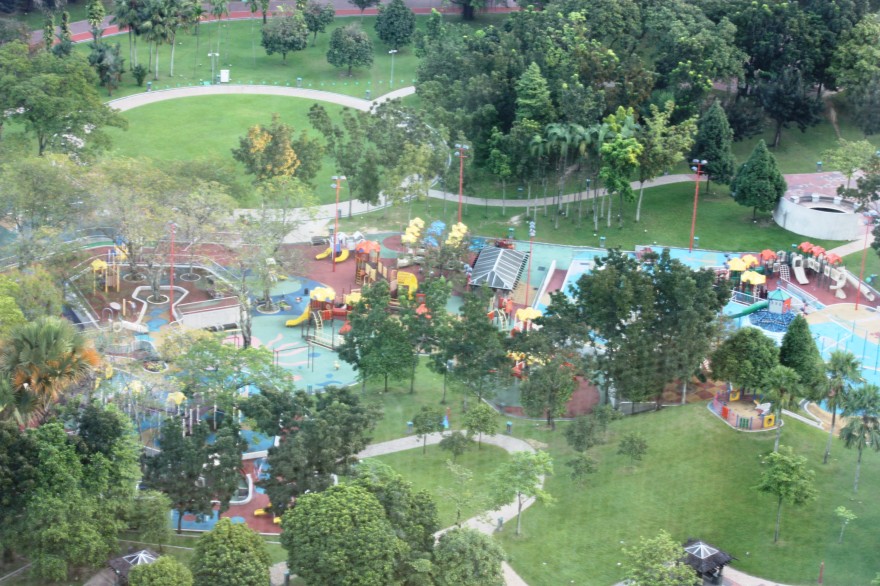 This is my friends work table just a few minutes ago. She is the most creative person  I know, one minute she will be decorating boxes like here and the next, chopping up some old Levis to make a journal, in between there may  be beads or desk pets. She works so hard it tires me out to watch her, often starting as soon as she gets up and staying at it for twelve hours. Next she collapses in an exhausted heap every bone aching, never learning to pace herself. The results are stunning. 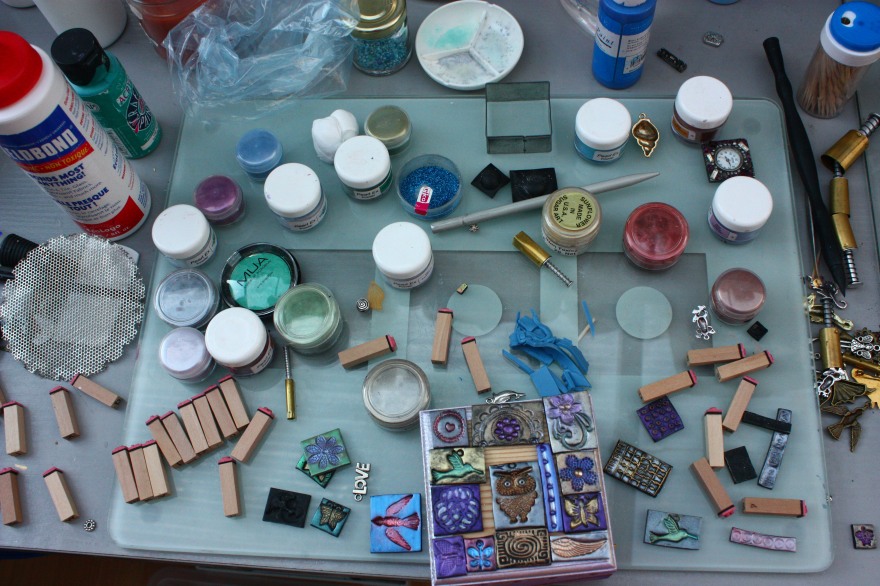 What do you think?

Julia http://jfb57.wordpress.com/2012/06/18/100-word-challenge-for-grown-ups-week46/ thinks her prompt  . . . in the dark recess of my mind . . . is straightforward this week, well not for my impoverished mind! Equally challenging will be making this page line up as I want it to but here goes. 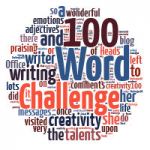 In the dark recess of my mind, drowning, overwrought and burdened

a brand new demon idles there but

The memory cannot linger forever. Forks of light slash through clouds with

intent to throw open the path

Of hallucinatory dervish spinning a reel, reaching a hand to heaven, stabbing

My sanguine fluid put on hold, damned and damned forever to ease my tormented