You need a little time to wake up wake up 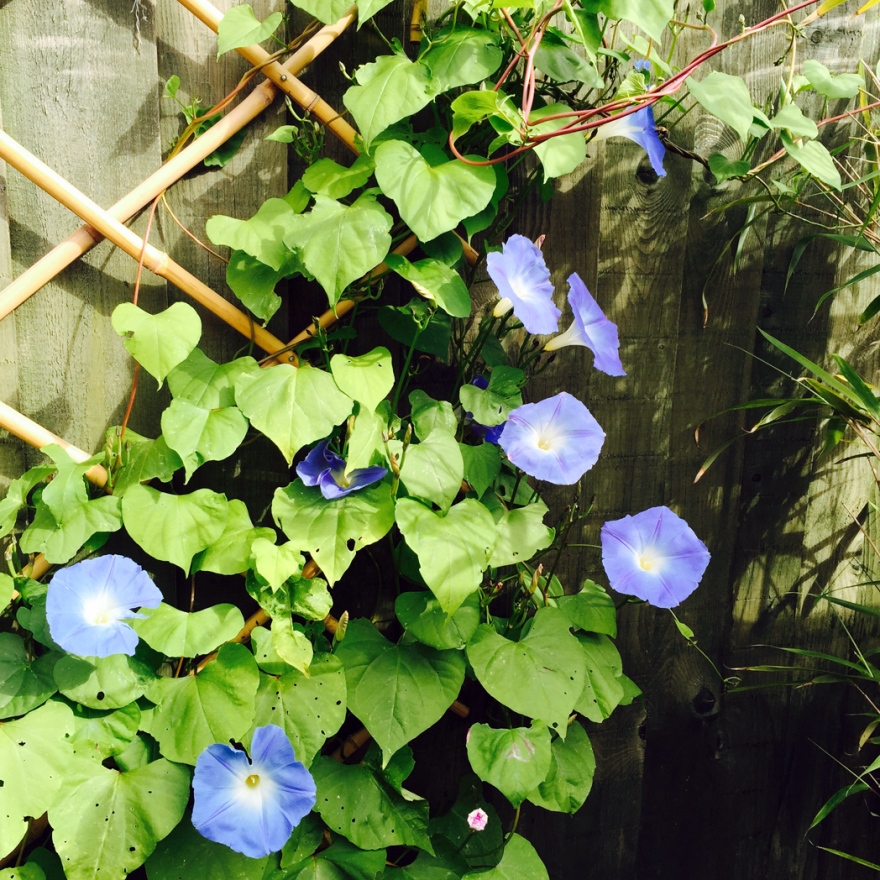 We all take pictures of something or someone by standing directly in front of our subject, clicking the shutter, and calling it a day. It’s often the way we take photos when we first pick up a camera — though what if you were encouraged to try photographing your subject from every conceivable angle? Your results might just go from ordinary and uninteresting to original and inspiring. Sometimes the perfect image comes to life by simply changing your composition, and photographing your subject from a different angle.

I rather like this challenge, it’s given me the chance to show you one of my current favourite things.

To join in and see many more examples that may inspire you visit here.

The path of faeries

winding in the morning dew

I hope father and son don’t end up at the stall behind!

Today’s dog walk turned out to be a real surprise. I parked in one of those grotty out of town shopping areas that we don’t seem to be able to avoid and we strolled down a path we’ve taken before. As I walked I got to thinking how I used to walk nearby when I was a child. Back then there were old Devon lanes that led to miles of fields, but less than a mile and a half from the city centre. Wildflowers were abundant in those lanes, and vehicles were rare.
Then came the 1990’s and the growth of out of town monsters, an increase in major roads as the city expanded and ‘developed’.
The lane where once the only sound was birdsong, has since been widened, homes have been built that virtually fill the gap to the shops. Today’s walk began noisily as I briefly walked parallel to the dual carriageway, but I caught i flash of something out of the corner of my eye and followed it.

Soon it’s friends were fluttering around me, 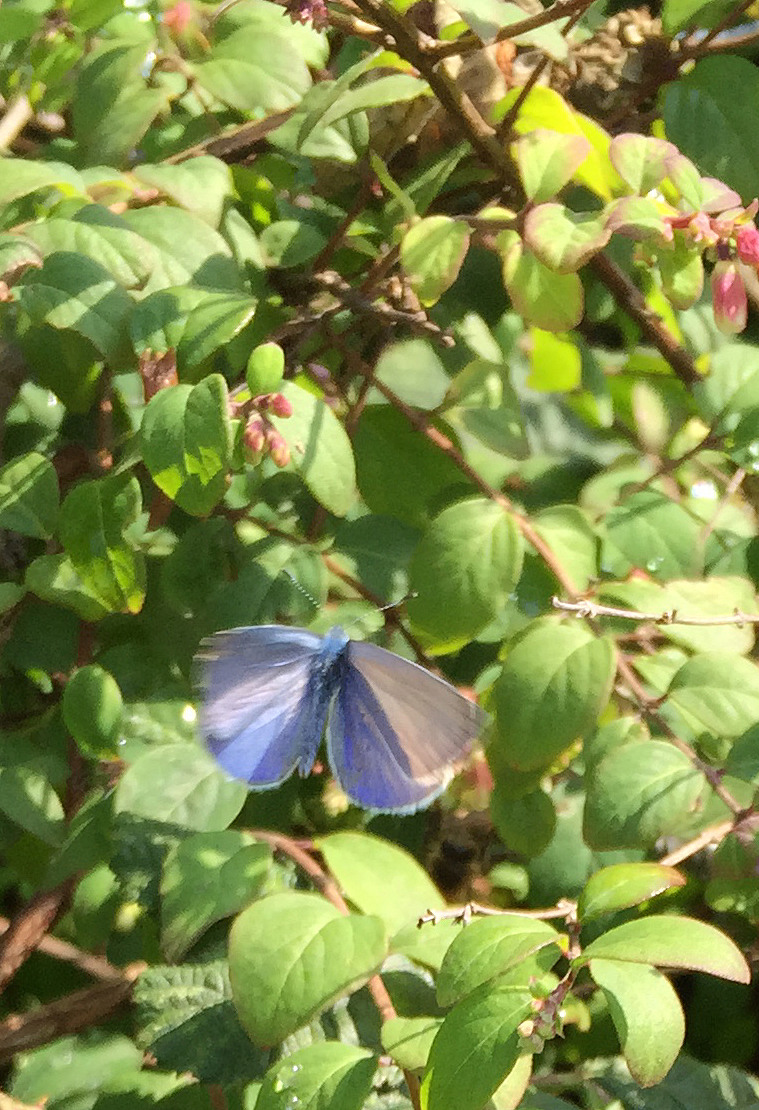 They didn’t really want to pose for me, they had nectar to gather.
As they followed me down the path, I opened my eyes and stopped listening to the roar of traffic and I was pleasantly surprised. 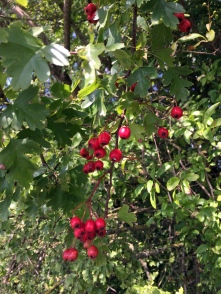 nibbled fungi with cobnuts that I didn’t notice!

So, twenty years on from the ‘superstore’ being built, nature was reclaiming her land. Habitats had reformed, diverse ones at that. I know there are foxes in the area, I’ve seen them late at night, climbing up the railway embankment, and the dogs can smell them and lots more things they would like to chase and sniff out.

I like the idea of the footbridge being walked by all sorts of creatures at night, to cross the busy roads safely. From here, 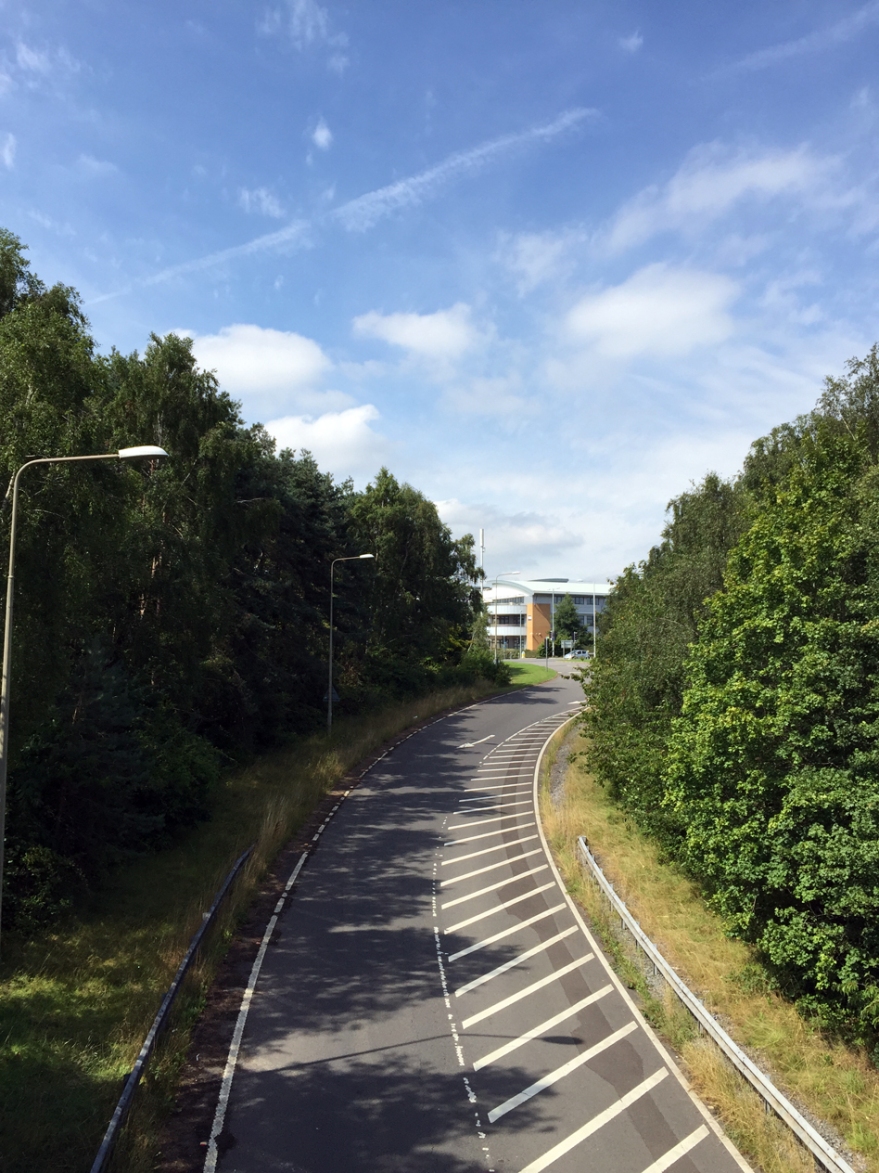 until they reach here.

I learnt even more today, as I stopped to taste the blackberries, the dogs were sniffing under some young oak trees. There were fresh young acorns and oak apples beside them. I leant in close with my phone to capture them and saw the strangest thing. 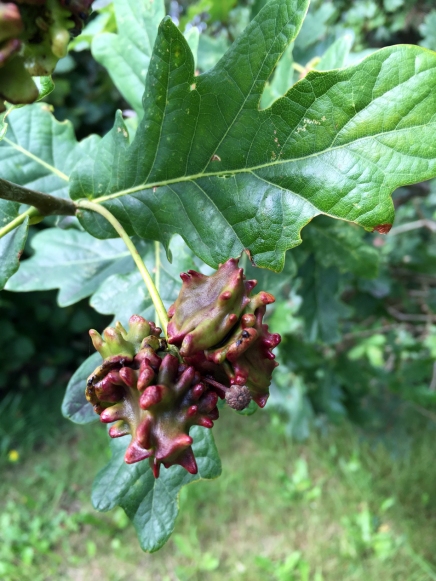 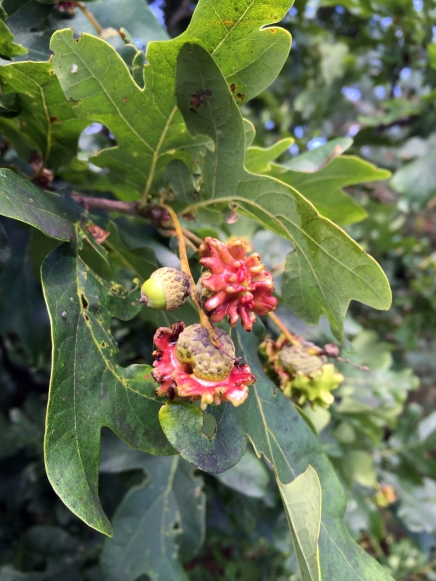 Apparently they are Knopper Galls, a sort of chemical reaction resulting from the gall wasp laying its eggs on a the developing acorns. They vary quite a bit in colour and form and if you were to cut inside them, the larvae can be seen.
I suppose I was vaguely aware that oak apples were something similar but as little brown balls, they aren’t something I’ve given much thought to!
That isn’t all, when I photographed wild rose hips I wondered what this plant was attached to,

then the dogs were getting into mischief so had to dash. Well, this is a gall too, one that forms on a dog rose, called Robin’s Pincushion. I hope I’m not the last person on the planet to know about Galls!
All in all this was a very good day.I tried to use Mesh but failed dismally and had to give up before I lost my cool – it wasted way too much time, sorry WordPress and Automattic.
I’m not sure if you will manage a Monday walk post this week Jo, but here you are anyway.

Jude’s gone post box crazy , pop over and see, and she wants to see any photos we have. Here’s a GR one. 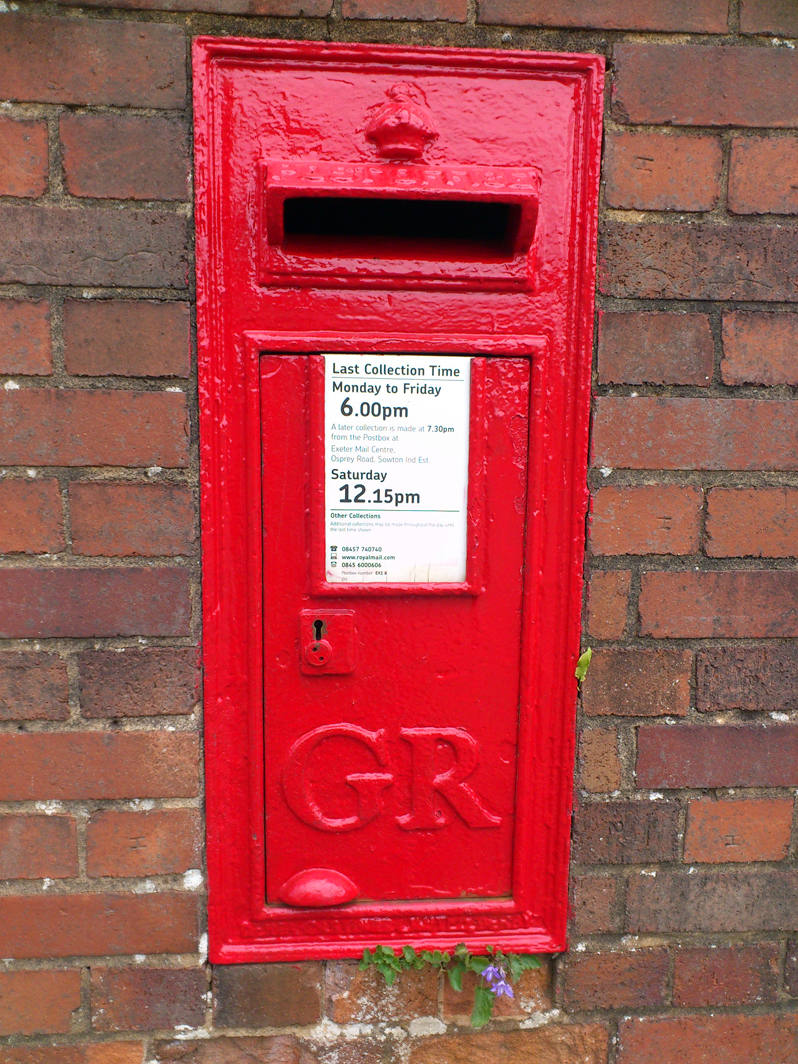 She also has a bit of a thing for benches and her challenge this month is to find colourful ones. Another month it was unusual ones, and I wanted to post this one then, but every day I walked past it and people were using it as a smoking bench – grrhhh! So I missed ‘unusual’, but I remembered that she said to play with photoshop for colourful if all else fails, so I did. As  don’t like the result it’s just going to be little.

But I hope this other post box will make up for it, I’ve posted it before, way back when but it will be new to you Jude. 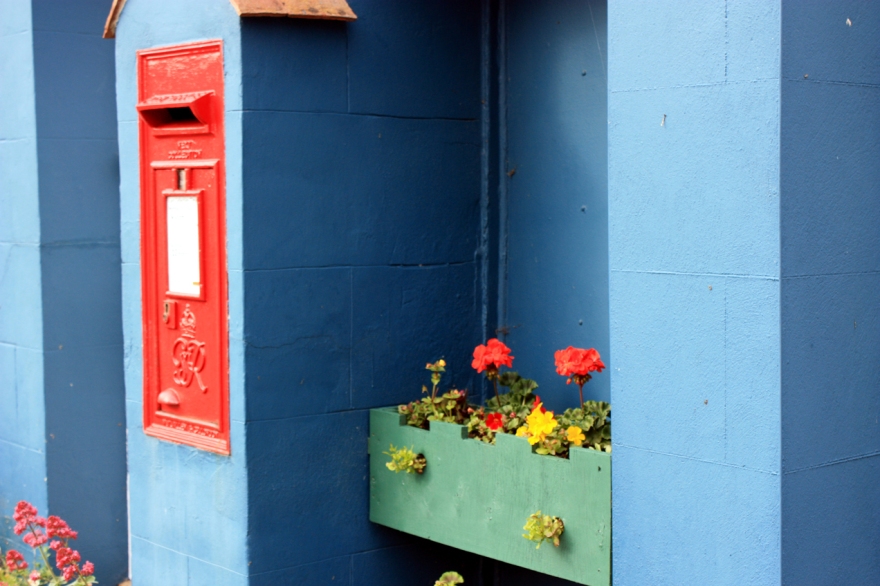 I’ve just been given this beauty by Teresa, a Facebook friend since my OU days. Teresa is a Parent Extraordinaire and a pretty yummy one too, I have no idea how she stays sane and lovely. Thank you for lending me your photo!

It was taken in Manchester outside the Science and Industry Museum.

old lady why do you weep

is your heart broken 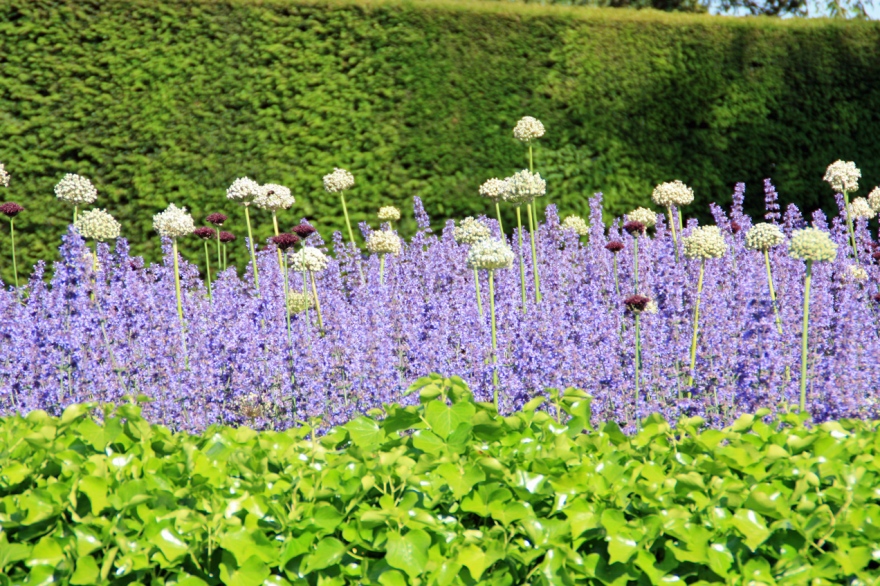 Yesterday I asked if you could guess what these Alliums were hiding. I think that a couple of you guessed what I meant. 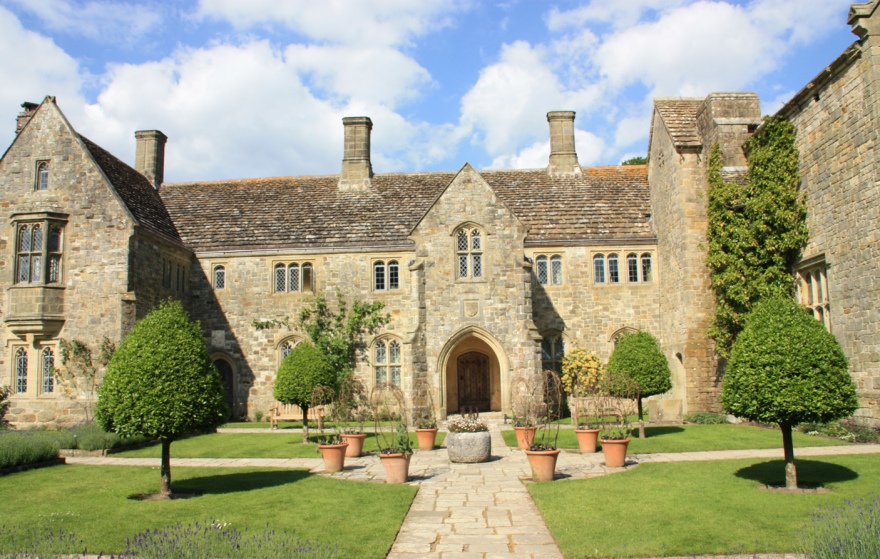 Here’s the house, beautiful isn’t it?

Here’s the hedge behind the alliums. 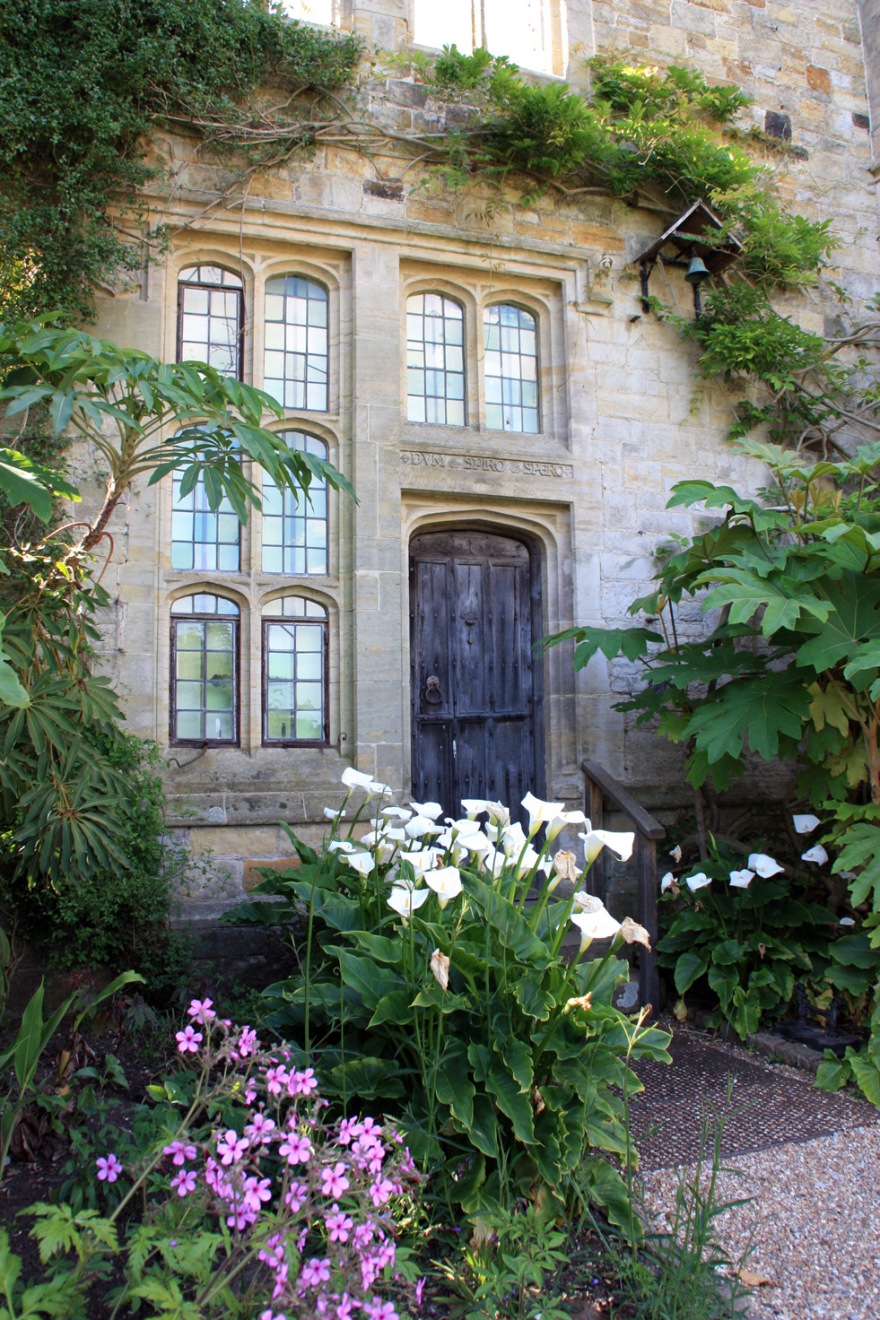 Perhaps if we get a little closer.

Here are some more alliums, and the very sad and hauntingly beautiful façade of the house. 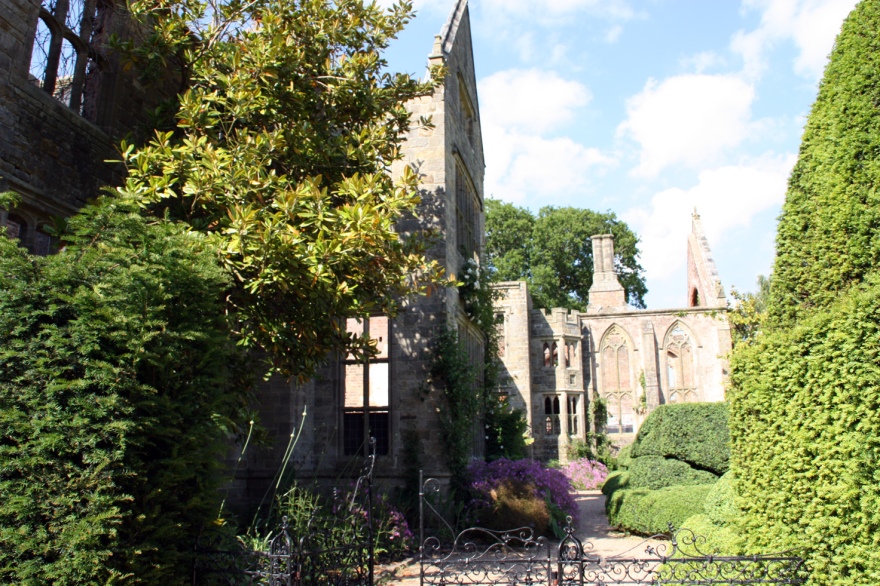 Where you can clearly see that there are very few glazed windows and no reflections . In 1947 Messel’s eldest son Lennie was at home, recuperating from surgery in one of England coldest winters. When the pipes were frozen, a plumber used a blow torch in an attempt to defrost them and a fire broke out. By the time the fire brigade arrived the house was engulfed and those same frozen pipes prevented access to the water needed. Most of the house was lost, as well as several generations of the families treasured collections, including art, horticultural books and irreplaceable items. Just a few rooms and the garden remained intact.

In 1987, Nyman’s fell victim to another disaster. When the great storm hit the country, 486 trees, many rare and very old were lost. By then the National Trust owned the garden and rather than see it as a total disaster, the hurricane damage was seen as an opportunity for regeneration. A garden is never finished and the work at Nyman’s, as in any garden, continues into the future.

If you’re quick, you can see a BBC4 programme, British Gardens in Time, on i player. It tells the history of the garden and the Messel family and is available for about three weeks. Jude, you’ll love the programme if you have time, but otherwise I hope you enjoy your time there. I kind of did these posts on purpose, so that you would visit and photograph it in it’s late summer glory.

For now, I’ll leave you all with the picture of the pretty dove cote.