It shouldn’t take too many guesses to work out that my favourite spot is the river Exe! From north of Exeter, through the city and anywhere down to the estuary at Exmouth, I love it.

Elisa at Autumn in Bruges has chosen a sloppy song this week! Pop across to see the video from Aladdin and maybe join in with the challenge! I’ve chosen the fur babies because  they  are off on an adventure, desperate to chase rabbits in the New Forest, a whole new world for them, with lots of scents driving them crazy.

Ailsa has highlighted that as we in the Northern hemisphere are entering autumn, those of you down south are enjoying spring. If you follow me you’ll know that I would rather be in constant summer. I’ve chosen to revisit Rosemoor to show you  some of the pretty foliage to be found there.

Check some more entries at http://wheresmybackpack.com/category/weekly-travel-themes/

Cee’s Fun Foto Challenge is about choosing your favourite photo. She says

‘We all have our brilliant moments and feel like we have taken a photograph that would fit in perfectly into the Life or National Geographic Magazines.   I want to see those.  Your photographs can be straight out of the camera or edited in Photoshop or other software.  I’m excited to see everyone’s photography.’

I know that my choice isn’t of particularly high standard, but it is probably my all time favourite. Every time I see it it takes me back to the wonderful city of Kuala Lumpur and I sit and dream of returning.

It’s time for Sandra’s Thursday Windows once again. This is Cathedral Close in Exeter showing the 16th century Mols Coffee House and to the left is St Martins church, one of the oldest buildings in the city, consecrated a year before the Norman conquest. These windows and all the rest in the area have been around a long time! 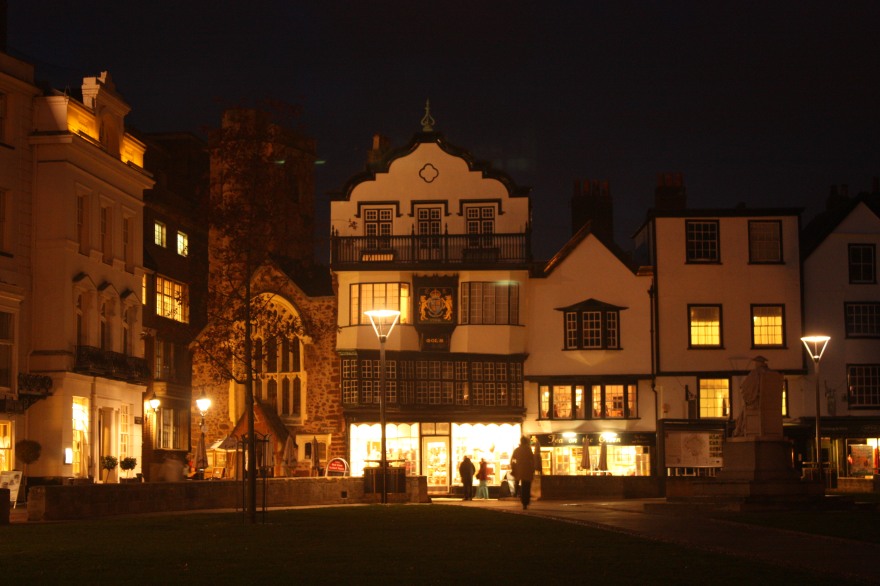 Julia has chosen this picture for her challenge this week. A photo I have seen before and wondered, whatever would make someone walk to the edge, never mind sit there? How would you get back up again?

So I think it would have to be a very desperate reason.

That morning he’d found her cowering in the barn, her face turned eggplant purple, and an ugly gash to the back of her head. His brother-in-law had stirred when Ray took the gun from his belt, and pulled a blade, as he used the hay bales to push himself up. He crumpled instantly, blood sprayed from his mouth, it took just one of his own bullets, shot from Ray’s steady hand.

He listened until he had heard both a heavy thud and an empty metallic clatter. That’s taken care of it. I’ve covered my tracks and she’ll come to no harm again. 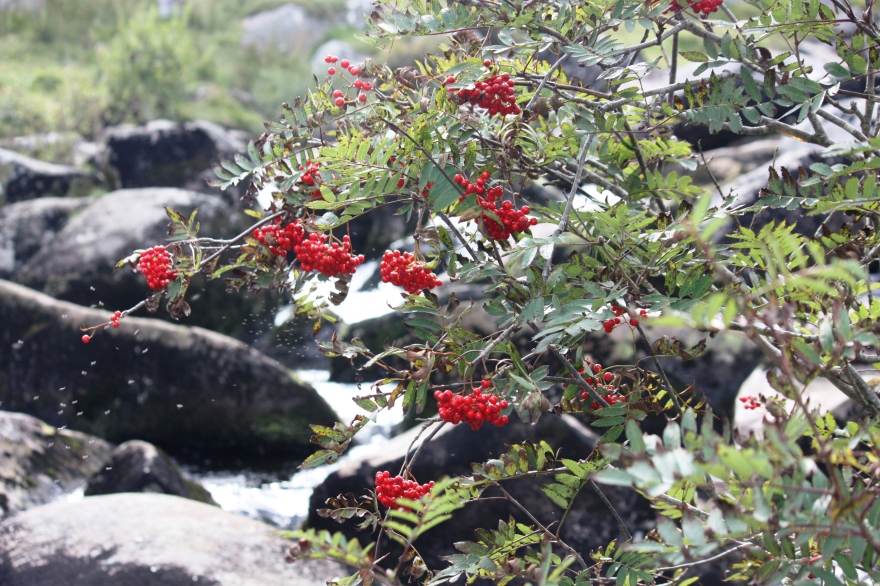 I was up on Scorhill yesterday, a beautiful blue sky day and there were quite a few ponies around. I’m sure I photographed this grey mare in 2010, she hangs around the same spot.   As well as this years foal, last years was still close by and I managed to snap them as she herded them away. I had the zoom lens on so I wasn’t too close.

People, I don’t take that many photos of groups of people, but that’s how I have interpreted the challenge. A group of fledgling people.

People who one day will

This is for Jakes Printer perhaps you will visit to see his animations?

I knew exactly what I would share with you when I saw the theme this morning. This solitary black swan has been around the river for a year or so,  and Fifi as she is known, hit the local newspaper this week because she is lonely. There are lots of mute swans on the Exe and the canal, but of course black swans are native to Australia, not Britain. When I saw her last year, I assumed she had made her way up river from Dawlish, where there has been a colony for decades. Apparently not though, she is not ringed and it’s thought that she may have escaped from a private garden. She has been nest building but has no mate, the local birds have attacked her and she is probably feeling terribly rejected. The Dawlish swan herd says that she should be taken there, but that it would be costly to capture and move her and so far no one has offered to pay. I hope the newspaper article prompts a donation from a wealthy bird lover! Here she is. 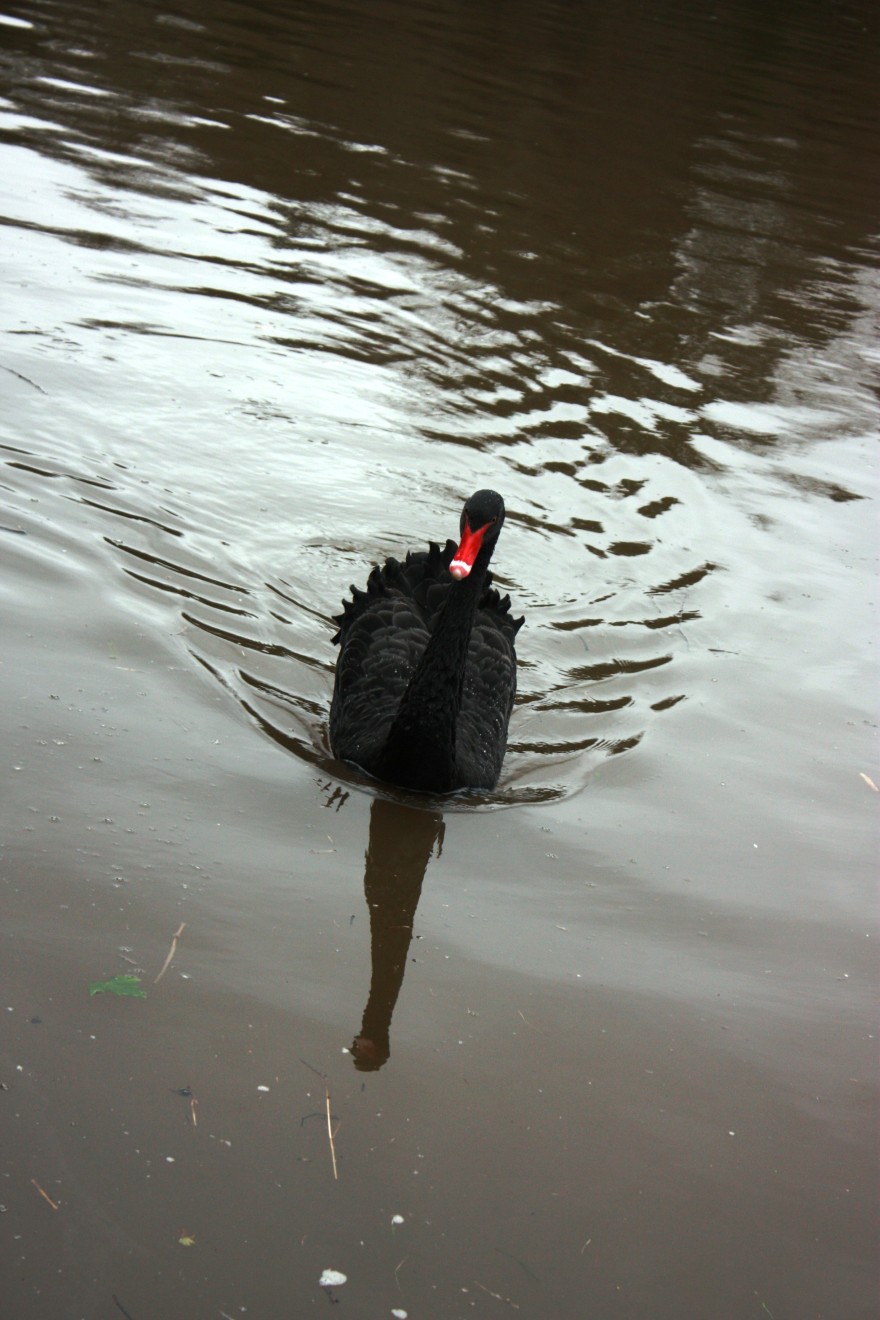